Large employers are leading the way in taking the salary-based health coverage approach.

This trend was noted by Mercer in a study of how companies were managing their health care plans. Mercer’s survey revealed that 12 percent of responding companies were using salary-based health coverage schemes in 2012, up from 10 percent in 2011. Now, signs are that that percentage is about to jump significantly.

Large employers are leading the way; in Mercer’s study, 20 percent of firms defined as “large” were segregating employees into premiums based upon a salary range. But more are following, as Obamacare begins to assume a less-fuzzy shape.

Under the Patient Protection and Affordable Care Act, employers face penalties if they offer coverage to their workers that costs them more than 9.5 percent of their incomes. That rule is what’s driving the move toward salary-based coverage plans.

As the cost of coverage has outstripped salary increases for several years now, workers in the lower salary categories have seen their percent of income for coverage leap toward 10 percent, according to a separate study by ADP Research.

ADP found that not only were employees in the $15,000 to $20,000 income range shelling out an average of 8.4 percent of income for health benefits, but that the percentage was rising rapidly: in 2010, the figure stood at 7.5 percent. Meantime,  high-salaried employees got off much easier. ADP said someone making $120,000 paid just 2.1 percent on average for coverage.

The implications of the shift toward creating tiers of salaries employees and offering different plans based upon the salary tiers are several.

One is that those in the lower ranks will be offered a leaner benefits package to keep them below the 9.5 percent trigger point.

A second is that these lower range earners may decide to forgo employer plans altogether and choose their coverage through one of the state exchanges now being created. The exchanges potentially will offer employees more coverage for themselves and, if they have a family, more total coverage for less than they are paying for employer-sponsored coverage. The one-year delay of the reform act’s requirement that large employers offer health coverage or face fines, announced just before the July 4 holiday, is expected to also push more employees into exchange-offered coverage plans.

A third will impact high earners. These employees will continue to be offered generous coverage as an incentive to remain on the job. But, insurance experts say, they will be asked to pay a bit more — not enough to truly dent their pocketbooks, but enough to spread out the costs of the overall plan more equitably. 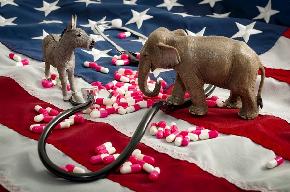 The final rule allows employers to opt not to apply the value of drug coupons toward their employees’ out-of-pocket spending limits, 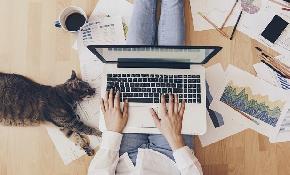 10 questions companies should address for a remote-work environment

The proliferation of remote work has created, and will continue to create, risks for trade-secret protection with long-term consequences.