The Obama administration says it will verify the income of individuals seeking government subsidies for health insurance.

The federal government will check income claims by individuals applying for subsidies under Obamacare and remains on track to open the health insurance exchanges it will operate on Oct. 1, the main administrator of the exchanges said this week.

Writing in a Health and Human Services website blog, Marilyn Tavenner, administrator of the Centers for Medicare & Medicaid Services, said she was hoping to clear up “mischaracterizations” and “confusion” that arose in the wake of the employer mandate postponement and coverage about final regulations CMS released Friday on eligibility for the exchanges.

In that announcement Friday, the administration said it would significantly scale back the law’s requirements that the new exchanges verify consumers’ income and health insurance status until 2015, when stronger verification systems are in place.

In the meantime, the government will rely on consumers’ self-reported information.

Seeking to clarify matters, Tavenner wrote that no matter which type of exchange is operating in a state, be it federally-facilitated or state-based, the marketplace will check the income information submitted by individuals against electronic income data sources such as tax filings, Social Security data and current wage information.

A myth, she suggested, is circulating that income information submitted by individuals on the exchange won’t be checked and that the exchanges would encourage fraud.

“In most circumstances, we will request additional documentation from all affected individuals, such as when an individual does not have a tax return on file and attests to an income significantly below current wage data,” Tavenner wrote.

In addition, CMS will ask for more documentation from a random sampling of individuals in certain instances, such as when there appears to be a significant discrepancy between the income reported on an available tax return and the income provided by the individual and there is no acceptable explanation for the discrepancy. Or, simply, when there is no current income information available.

As for fraud, there are safeguards to ensure that individuals do not fraudulently access premium tax credits, Tavenner said.

The IRS, she said, is on the job and will be reconciling advance payments of the premium tax credit when individuals file their annual tax returns at the end of the year. The IRS will seek to recoup overpayments when they occur.

Also, those seeking to purchase insurance in the marketplace must attest, under penalty of perjury, that they are not filing false information. In addition to that, the PPACA applies penalties when an individual provides false or fraudulent information.

The state-based exchanges are on their own, though, for the manner in which they conduct such verifications in the first year of operations.

The federally-facilitated exchanges will perform sample-based reviews as planned, which will provide sufficiently representative data.

HHS will evaluate the verification process and propose changes for subsequent years, if necessary, it said.

On Wednesday, HHS Secretary Kathleen Sebelius announced $150 million in grant awards to 1,159 health centers in all 50 states to enroll uninsured Americans in exchanges and other health coverage options.

The administration also announced these health centers are expected to hire an additional 2,900 outreach and eligibility assistance workers to assist millions of people nationwide with enrollment into affordable health coverage.

“Investing in health centers means that people in neighborhoods and towns across the country have one more resource to help them understand their insurance options and enroll in affordable coverage” Sebelius said.

Health centers have a long history of providing eligibility assistance to patients along with delivering primary health care services in communities across the nation. Health centers serve more than 21 million patients annually.

These awards, issued by the Health Resources and Services Administration, complement and align with other federal efforts. 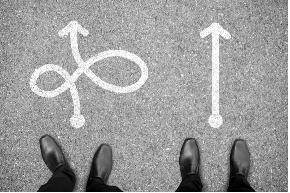 The more comfortable your employees are with your benefits advisor, the more likely they’ll be to take their recommendations. 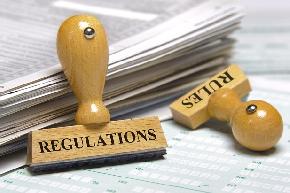 What to know about the new extended benefit deadlines

While the final regulation applies broadly to all ERISA plans, it will have its most immediate effect on COBRA notices and elections.