Self-insurance: A threat to Obamacare?

About 60 percent of insured American workers already are in self-insurance plans and many more could soon find they are, too.

Happy Jack Adventures is a successful small business, much like the many others the federal government hopes will line up to buy health insurance for their workers once the Patient Protection and Affordable Care Act fully kicks in.

Yet fearful of sharp premium hikes and with a mostly young, seemingly healthy workforce of 50, Jack McCormick, the founder and CEO of the Seattle, Wash.-based adventure tourism company, has something else in mind.

McCormick believes his firm is fiscally sound enough to bear the risk of self-insurance and is looking to make the switch.

“(Self-insurance) looks like a good option for us and a way to avoid high premiums and other hidden costs we don’t know about yet,” he said. “I call those gotcha costs, and I hate those. Everyone does.”

It’s views like these that researchers and analysts have speculated could threaten the integrity of the PPACA, with small employers avoiding the requirements of the law altogether by going the self-insurance route and, along the way, potentially driving up the health care premiums the government is hoping to contain.

About 60 percent of insured American workers already are in self-insurance plans. Most of these workers are either in unions or employed by larger companies.

Self-insured employers pay for most worker health costs directly, though they typically contract with an insurer or another company to administer claims. Employers that self-insure buy coverage known as stop-loss to keep one huge claim from wiping them out.

Brokers say a growing number of organizations see such plans as low-cost alternatives to conventional coverage, given that they’re exempt from PPACA requirements such as insurance taxes and specified benefits.

“I’ve been at this over 30 years, and interest in the self-insurance market definitely is increasing,” said Larry Thompson, CEO of BSI Strategic Consulting, a Fresno, Calif.-based firm that specializes in self-insurance.

According to a recent study by Munich Health North America, a subsidiary of reinsurer Munich Re, more employers are expected to follow the self-insure path – perhaps many more.

Among the 326 industry executives surveyed, 82 percent said they have seen a growing level of interest among employers in self-funding their group health insurance plans over the past 12 months, with nearly one-third saying that interest has increased “significantly.”

Nearly 70 percent of health insurance organizations plan on growing their self-funding portfolios over the next year, the survey also found.

Still, self-insured plans today remain far more common among large employers, especially those with at least 1,000 employees. Their size gives these employers bargaining power in the health care market and allows them to pool risk across their employees.

But, again, smaller employers are now increasingly exploring this option and large health insurers such as United Health Group and Humana are helping these employers – including those with as few as 10 members – sign up.

Historically, concerns about the financial risks have discouraged most small firms from self-insuring, said Amado Cordova, a senior engineer at RAND, a think tank that seeks to influence policy and decision making through research and analysis.

And if significant numbers of small firms with healthy, young workers self-insure, this could have far-reaching implications including potentially increasing health care premiums for companies that choose to remain on the regulated market, she said.

He said whether more small firms self-insure may depend less on PPACA and more on the companies that sell stop-loss coverage.

“There are already many signs that insurers are trying to lure small firms into self-insuring by advertising low stop-loss attachment points,” she said in her RAND blog. “This inducement to self-insurance could be counterbalanced by government action, in order to maintain a balance of healthy and less-healthy employees across the marketplace.”

Some states already are looking at limitations to self-insurance coverage, Cordova said. California, Rhode Island and Minnesota are mulling over legislation that raises the point at which stop-loss insurance kicks in, reducing or eliminating small firms’ ability to self-insure.

In February, the Self-Insurance Institute of America announced the formation of the Self-Insurance Defense Coalition. The purpose of the new coalition is to coordinate lobbying, litigation and media relations activities of leading national trade associations on issues related to self-insured group health plans at both the federal and state levels.

Among those pushing back is the Center for American Progress, a liberal Washington think tank, which has openly declared war on self-insurance.

In a whitepaper entitled “The Threat of Self-Insured Plans Among Small Businesses,” the group predicted that the increasing popularity of self-insurance will “cause an insurance premium death spiral and threaten the stability of the (Obamacare) exchanges.” 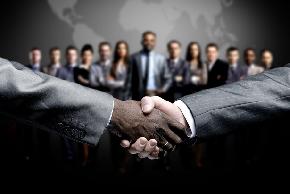 The importance of an honest advisor

A great benefits advisor will aim to earn your trust before you’ve even signed a contract. 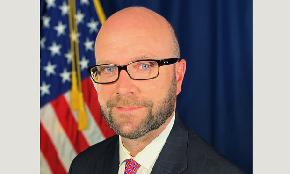 Some have voiced concerns about complicated rules and regulations creating traps not only for the unwary, but for the many companies that sought assistance in good faith. 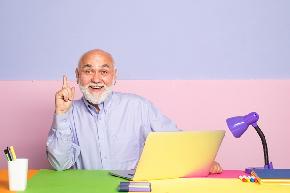 Remixing retirement and work for more engaged and productive employees

Don’t let clients forget about the importance of financial wellness as you build their benefits programs.

The Impact of Chronic Illnesses in the Workplace

Use this infographic to show clients how the growing impact of chronic illness may hit their bottom line.