Most employers to reject private exchanges

Oops. The private exchange juggernaut may have just hit a bump in the road to success.

Oops. The private exchange juggernaut may have just hit a bump in the road to success.

Myriad studies have tried to fathom whether major employers will decide to shift their employees to the growing number of private health exchanges. Some research has suggested shifting workers to a private exchange model will result in health coverage cost savings for employers.

Many of the studies have been funded by the consulting firms that offer private exchange services, and these have tended to support the notion that employers will eventually see the exchanges as a viable alternative to directly offering health coverage to workers.

Now comes a study from the nonprofit National Business Coalition on Health, with Benz Communication, that suggests large employers don’t have much interest in off-loading coverage to private exchanges. The NBCH was upfront about the divergence in its findings from others released of late, noting in a release:

“In a departure from other industry polls, employers said they plan to reject private exchanges as a way to control rising health care costs. … More than half (55 percent) of the respondents indicate they will ‘never’ stop sponsoring employee health plans in favor of giving employees money to buy coverage through a private exchange.” Among the 333 mostly large employer representatives who responded to the survey, just 5 percent said they are current exchange clients.

The survey also focused on the Patient Protection and Affordable Care Act’s Cadillac tax due to take effect in 2018. Asked about plans to shift costs to employees when the tax hits, 26 percent said they intend to maintain current benefit plans and coverage levels without increasing employee costs; about one in five said they’d keep plan levels where they’re at but increase the employee share; and 15 percent said they’d reduce benefit plans and coverage levels while increasing employee costs. 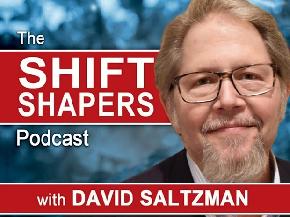 Do not ever trust your gut – with Gleb Tsipursky

David Saltzman sits down with cognitive neuroscientist Gleb Tsipursky to talk about why “trusting your gut” could be the worst business advice you could follow.

The financial burden of cancer treatments prices some out completely

The high cost of treatments leaves low-income consumers unable to afford it, and even those who can feel the financial toll.

These states ranked lowest for retirement on quality of life, affordability and health care.