How much will Apple bite into consumer health?

The coming release of the Apple Watch and the companys HealthKit app has people talking and competitors watching carefully.

Apple’s recent moves in the health and wellness technology segment are not yet on the level of game-changers such as the iPod and the iPhone. But the coming release of the Apple Watch and the company’s HealthKit app has people talking — and competitors watching carefully.

The company’s latest piece of hardware, the Apple Watch, is not the first of its kind. But it’s likely to be the gold standard, due partly to Apple’s well-polished marketing machine and partly to some truly innovative and useful features.

The watch will have many functions, among them sensors that position it as the next generation of personal activity monitor, following the popular FitBit bracelets or the Nike Fuel bands. Like those devices, it can count steps taken and calories burned, but Apple says it will have the potential to do much more.

At the launch of the Apple Watch last month, Apple CEO Tim Cook said the new device would “change how we look at fitness.” But analysts say Apple is counting on more than the watch itself in promoting wellness and activity. The Apple HealthKit app will be able to store information from multiple devices on an iPhone and allow users integrate the various data into one fitness program.

Health trackers already on the market count steps and calories burned, but they are limited in how they allow you to use that information, says Tim Bajarin, an industry analyst with Creative Strategies in San Jose, California.

“They’re all designed as stand-alone devices,” says Bajarin about the fitness trackers already on the market. “What Apple’s trying to do with HealthKit is to provide a single application that all HealthKit-enabled monitors can report to.”

In such a system, HealthKit could compile data from a phone-based pedometer, a watch-based heart rate monitor and other devices, such as the Spire stress measurement device, which clips on at the waist. “All that data eventually gets pooled together for users to view inside HealthKit,” Bajarin says.

A wide range of organizations are eager to work with Apple in this area of consumer technology. Jawbone and Nike’s FuelBand are two devices that have already announced compatibility with the Apple Watch. The Mayo Clinic recently debuted a health app on the Apple App Store. In addition, WebMD, Weight Watchers and other fitness and health sites have announced compatibility with HealthKit.

And Apple is reportedly in talks with other large health organizations, such as insurance giant UnitedHealth Group and electronic medical records company Epic, on how to develop and integrate new software.

But the introduction of the Apple Watch may signal the end of another partnership — the one between Apple and the popular FitBit health trackers. A new report came out that Apple would remove FitBit hardware — the ubiquitous FitBit wristband devices — from its stores. This came after FitBit said its devices would not support HealthKit, though the company left the door open to possible future collaborations with Apple.

Health industry insiders have differing views on how useful personal computing devices can be, but many see a huge upside, and not simply for working out and measuring fitness.

“These could be used to set off reminders on taking medications — sometimes just being cued to do something can have value,” says Gary Oftedahl, former chief knowledge officer at the Institute for Clinical Systems Improvement in St. Paul, Minnesota. If people with chronic conditions could use technology to monitor things like blood sugar levels, the ability to manage those illnesses could be enhanced, Oftedahl added.

And Oftedahl sees the social aspect of the technology as another plus. Wellness programs often encourage participants to share information in a supportive or competitive manner with friends or co-workers, and there may be similar ways that health management can draw on a sense of community.

“Technology is wonderful, but relationships are critical, and this may be a way to build that back in,” Oftedahl says. “There may be ways of using this as far more than ‘Did I weigh myself this morning?’ Those [functions] are valuable, but perhaps this could contribute to a wider sense of community and connectiveness.”

The talks between Apple and organizations such as UnitedHealth and Mayo Clinic have drawn a lot of attention by industry observers. In an Aug. 21 article on Bloomberg.net, Adam Satariano wrote that Apple had consulted with UnitedHealth and Humana, two of the largest health carriers in the United States, when developing the Apple Watch and HealthKit.

And those talks might be a clue as to where Apple wants to go with its software and hardware in the future.

“We believe Apple has a bigger program in the works, in which they eventually want to tie my personal data to my health care providers,” Bajarin says. “Ultimately the goal would be for me to collect … health-related data, and have that information sent to my doctor so it goes into my record.”

However, Bajarin warns, such applications could raise concerns about privacy issues. Several other observers have noted that issue as well.

“In many ways, it’s a wonderful idea: a wealth of data, available to physicians to use as and when they need, from wherever they are. There is, however, a whole tangle of privacy concerns and regulations to consider,” wrote Jamie Condliffe, a contributing editor at Gizmodo, in a recent column.

On the other hand, Oftedahl says, consumers have gotten used to their data being online — and are less worried about misuse than they used to be.

“People are becoming more comfortable in using the technology,” he said. “More of the concern I hear is from people within the health care industry. Sometimes privacy is almost given as an excuse for not doing these things. There are issues, but I don’t see it being as big a problem going forward.”

Bajarin says it’s likely that health providers will grow increasingly invested in devices such as the Apple Watch.

“I would expect that over time, there will be significant support from the health community,” he says. “Ultimately, they’re going to see the value of these health trackers and the programs that that Apple has. I think every major health provider will embrace it.”

Oftedahl says the quick pace of innovation by technology companies such as Apple probably won’t slow any time soon.

“It’s likely in two to three years we will all be using technology that we don’t know exists yet,” he says. “I think there are some real interesting times ahead.” 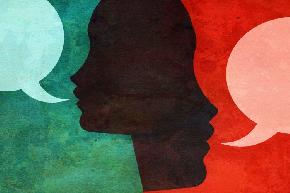 It's a matter of time: Preparing for tough talks with carriers

Innovative strategies can put you in the position of competing directly with the major carriers, and that means some difficult conversations are probably in order.

Among the most common outpatient procedures, prices can vary as much as 297 percent between the highest and lowest cost.