8 things to know about voluntary sales

The surveys, and industry anecdotes, speak for themselves: The voluntary market is continually growing. Eastbridge Consulting Group’s annual U.S. Worksite/Voluntary Sales Report, released in pieces this year, paints a clearer picture of the market and opportunity.

The firm analyzed data from more than 60 carriers. Here are eight important takeaways from its research and analysis you need to know. 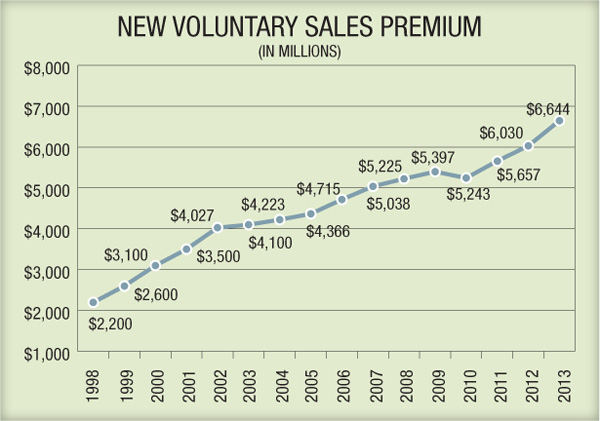 Eastbridge president Gil Lowerre said they are “very pleased” with the findings, adding that “over $6.6 billion in new sales is an outstanding achievement.”

Determining the actual percentage increase, however, was difficult, Eastbridge said, due to several new companies and other companies changing the way they report voluntary sales. That being said, they estimated the annual industry sales increase at about 4.3 percent.

The average increase for the top 15 carriers was 8 percent.

Increased voluntary sales this past year were mostly fueled by benefits brokers.

According to Eastbridge Consulting Group, the benefits broker segment generated almost $3.8 billion in new sales in 2013.

Benefits brokers continued to generate the largest portion of voluntary/worksite sales, increasing their share to 57 percent in 2013, up from 56 percent in 2012.

Career agents had the second-highest share, as they did last year (at 19 percent). But the 19 percent is down slightly from 21 percent in 2012. Classic brokers also decreased their share of voluntary sales in 2013 from 14 percent to 12 percent. 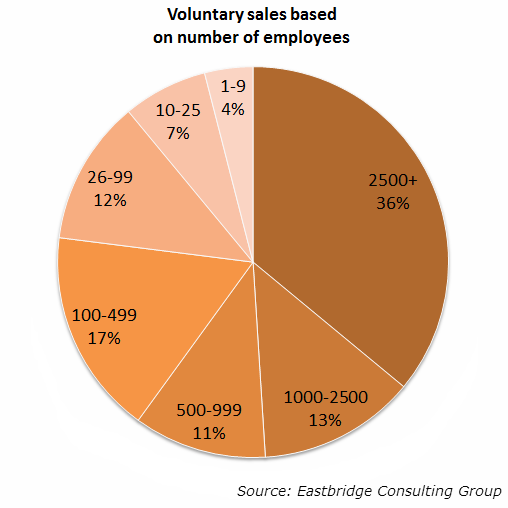 Who’s accounting for the most sales

Employers with more than 2,500 employees reported the largest volume of voluntary sales in 2013, accounting for 36 percent of sales. That’s up from 33 percent in 2012.

Employers with 500-999 employees, however, has the highest ESI (sales divided by the employee population), according to the breakdown. That group is closely followed by the 1,000-2,500 segment, “indicating both have good penetration,” the report finds.

The least penetrated segments are the two smallest ones — under 10 lives and 10 to 25 lives — which Bonnie Brazzell, Eastbridge vice president, says is no surprise “since many carriers and brokers do not write in these smaller segments.” 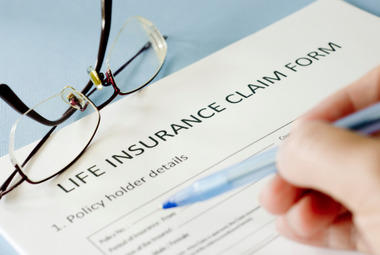 Life insurance is No. 1

Universal and whole life sales were also up with a small increase of 3 percent over 2012 sales. 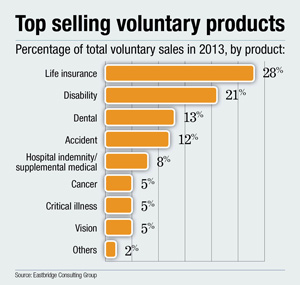 Disability insurance was the second top voluntary product in 2013, accounting for 21 percent of all voluntary sales. Rounding out the top five were: dental (13 percent), accident (12 percent), and hospital indemnity/supplemental medical (8 percent). 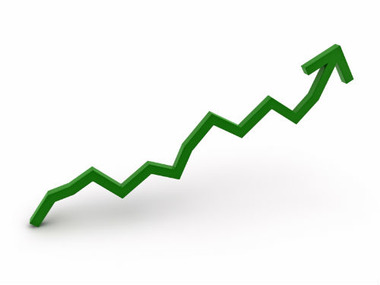 Takeover sales now account for 50 percent of new sales premium in the voluntary market reported in 2013, up five percentage points from 2012.

It’s the highest percentage of new business achieved profit since 2006 when Eastbridge Consulting Group began tracking takeover sales — where one carrier’s plan is replaced with a similar plan issued by a different insurance carrier.

Eastbridge said the increase in takeover sales was due to more group insurance carriers selling voluntary products and benefit brokers being responsible for a higher percentage of voluntary product sales. Brokers accounted for 57 percent of all voluntary sales in 2013. 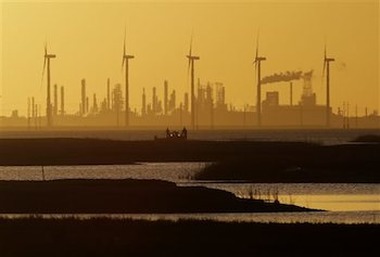 States with the highest sales

Texas and Florida led the country in voluntary sales for 2013, as they have for the past several years. California, New York and Georgia rounded out the top five states for voluntary sales. All in all, there were few changes to the states leading voluntary sales since 2012, the report found. Overall, the top 15 states accounted for almost 70 percent of the total voluntary sales in 2013.

According to the firm’s “Eastbridge Sales Index”— which gives a truer representation of the sales penetration by dividing the sales in the state by the employed population — the states with the highest ESI (indicating higher penetration) are: Arkansas; Louisiana; Delaware; Tennessee and Georgia.

“The bottom line for brokers and carriers is that you do not have to be satisfied with just replacing an existing plan,” Lowerre said. “There is tremendous opportunity for new premium dollars in the market.”

Read: How brokers can create a winning voluntary strategy

While the Presidential election grabbed the country's attention, a ruling with massive implications for the health care and health insurance industries went largely unnoticed. Q&A: Celebrating and supporting employees through the holidays

How to Manage Benefits Costs Now and Post-Pandemic

Your workforce needs benefits options that can help them survive financially now and after the pandemic is over.