Its just business as usual for those who have been paying attention to their fiduciary duty all along.

It’s just business as usual for those who have been paying attention to their fiduciary duty all along.

As the dust begins to settle on the fallout of the Supreme Court’s unanimous Tibble v. Edison, one thing has become apparent – when it comes to a plan sponsor’s fiduciary duty, nothing has really changed. Sure we hear talk of unintended consequences, (for a quick list, read, “10 Unexpected Changes Tibble Really Brings to 401k Fiduciary Providers and Plan Sponsors,” FiduciaryNews.com, May 26, 2015), but if you dig right into the true meaning of Tibble, to borrow the infamous words from, well, you know who, “What difference, at this point, does it make.”

From its very beginning, we all knew the Supreme Court case wasn’t on the merits of “fiduciary.” Instead, the crux of this particular case rested on the arcane definition of a legal technicality, namely, the applicability of a statute of limitations to an ongoing duty. In other words, it was all about the something only a lawyer would love. The rest of us common folk? We could just move one, there’s nothing to see here.

For all the excitement, for all the spilled ink both leading up to and subsequent to the High Court’s decision, this trial aped almost every other trial in the history of mankind. Before the meat of the case can be argued, we must first dispense with all the legal arguments. Think of your typical TV law drama. The first objective of the defense is to get the case thrown out on a technicality. Before you even get to the question of where the suspect was on the night of the crime, you need to answer the question of whether the Miranda Rights were read properly. One undotted “i” or uncrossed “t” and the serial killer walks away free, sporting an evil grin as he passes the victims’ families.

This might sound cynical, but it’s not. Culturally, we’ve been brought to respect the maxim “innocent until proven guilty.” That means, as a society, we’d rather see a dozen wrong-doers get away with it than one innocent man convicted. And, so, Tibble is nothing more than a typical dance in this drama we call the American legal system. Necessary, but not very significant.

Except if you’re a tort attorney. By removing the legal hurdle of the statute of limitations (as I explained last week, does anyone really believe it should have been there to begin with?), the class action attorneys have a new life. This may sound like a momentous change for 401k plan sponsors – the likely target of future litigation – but is it really?

Many others have rightfully pointed out that the DOL’s 2012 Fee Disclosure Rule did more to change the plan sponsor’s fiduciary landscape than Tibble and similar fee-based cases have done. If that’s true, then Tibble means nothing.

And that should worry plan sponsors.

And that should worry plan beneficiaries.

After all, our health care system wasn’t destroyed in a day. It was destroyed one class action case at a time. Until the providers’ insurance rates skyrocketed. And they passed those costs on to the customers. And… well you know the rest of the story. 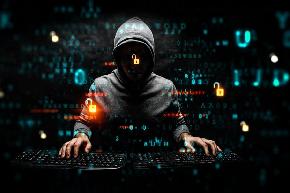 Can you sue an anonymous hacker for a ransomware attack? This company is.

The hacker allegedly not only released private information but set up a public website listing 27 other companies that refused to pay the ransom. 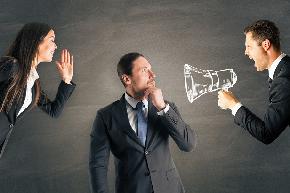 Because many women are more modest about their job performance, employers shouldn't rely solely on self-assessment for hiring or promoting. 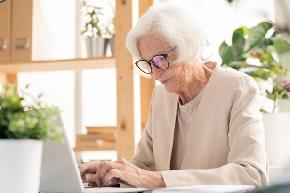 Artificial intelligence can only go so far in replacing older workers

However, experienced workers may find themselves moving into jobs that rely more on social skills.