The battle continues over minimum wage.

Venture capitalist Nick Hanauer is one of the nation’s most important advocates for the minimum wage. He helped spearhead Seattle’s successful fight for $15 an hour, and is now helping the campaign to extend that number to the entire nation. Hanauer’s support goes beyond money, however, he is very outspoken on Twitter and on the internet, penning many long and forceful articles in support of a higher minimum wage and lambasting the status quo in economics. 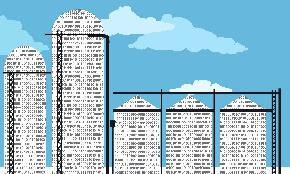