ACA premiums to rise 25 percent in biggest jump yet

Monthly premiums for benchmark silver-level plans are going up by an average of 25 percent in the 38 states using the federal HealthCare.gov website.

Premiums for mid-level Obamacare health plans sold on the federal exchanges will see their biggest jump yet next year, another speed bump in the administration’s push for enrollment in the final months of the U.S. president’s term.

Monthly premiums for benchmark silver-level plans are going up by an average of 25 percent in the 38 states using the federal HealthCare.gov website, the U.S. Department of Health and Human Services said in a report today. Last year, premiums for the second-lowest-cost silver plans went up by 7.5 percent on average across 37 states.

Individuals signing up for plans this year are facing not only rising premiums, but also fewer options to choose from after several big insurers pulled out from some of the markets created under the Affordable Care Act, known as Obamacare. While the ACA has brought uninsured numbers to record lows in the U.S., millions remain uninsured. To attract more people, the government has emphasized that subsidies are available for many people to help cushion the premium increases.

About 77 percent of current enrollees would still be able to find ACA plans for less than $100 a month, once subsidies are taken into account, according to the report. Subsidies are calculated based on the cost of the second-lowest-premium silver plan in a given area. Silver plans typically cover about 70 percent of an individual’s medical expenses, though additional subsidies can help make the coverage more generous for lower-income individuals.

Related: A look at Trump’s wild claim about ACA premiums

“Even in places of high rate increases this year, consumers will be protected,” Kathryn Martin, assistant secretary for planning and evaluation at the health department, said on a conference call with reporters. Her message to consumers is to check if they are entitled to subsidies and shop for options: “The odds are good you’ll find plans more affordable than what the public debate about the ACA might lead you to expect.”

Changes in the cost of the benchmark silver plans varied widely among regions, and the median benchmark premium increase was 16 percent. Premiums actually declined about 3 percent in Indiana, to $229 a month. In Arizona, on the other hand, the benchmark premium more than doubled, from $196 a month to $422, the report shows.

The data released Monday confirm reports based on state regulatory filings that have been accumulating for months, showing much higher premiums for 2017. ACASignups.net, which tracks the health law, had also estimated a 25 percent rise in premiums on average, weighted by membership.

Silver plans are mid-level on Obamacare’s marketplaces, with other plans including bronze, gold and platinum.

The government data show that some people may be able to find lower-cost plans by switching from their current coverage. The U.S. said that if all people who currently have ACA plans switched into the cheapest option of the same “metal” level, they could cut their premiums by 20 percent. Some people will have to switch because their plan will no longer be offered. 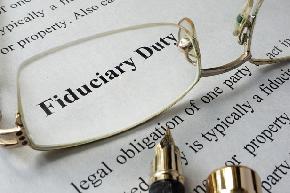 Plan representatives as fiduciaries: How far down the totem pole does the designation apply?

The issue: Does a plan participant have a duty to repay the plan after settling with a third party over an injury claim?