A fiduciary twist in this year’s presidential election

Support for Trump is widespread among financial professionals, despite their simultaneous support for the fiduciary rule.

I never read Plato’s Republic when it counted, within the confines of ivy covered walls immersed in a class full of uber-idealistic peers and a like-minded professor to lead them. That’s what happens when you study advanced astrophysics. There’s just no room for the classics. So, like many in the real world, I had to pick up the wisdom of ancient Greek philosophy from the cold streets and narrow alleys of the matter-of-fact life of business.

Here’s all you need to know about Plato’s Republic: It’s a brilliant metaphor for fiduciary. Yes, it speaks of “justice” and “philosopher-kings,” but it’s really about “best interest.” In it, Plato seeks to define justice, but only succeeds in explaining no one will be just if he can sin with impunity. In other words, unless there is a punishment for failing to act in the best interest of others, people will act only in their own best interest. That doesn’t make for a very healthy society.

In theory, the DOL’s fiduciary rule offers the best opportunity to punish those who don’t act in the best interests of their clients, or, said another way, those that breach their fiduciary duty. In the Republic, Plato introduces us to Gyges, who discovers a ring that allows him to freely commit all seven deadly sins (even though they had yet to be categorized as such). If this sounds like Tolkien’s Lord of the Rings, then you’re beginning to understand.

In the financial world, Gyges’ Ring can be likened to a DOL exemption that permits service providers to engage in self-dealing conflicts-of-interest merely in exchange for some mild form of disclosure. If there’s no enforcement, why not?

When the Trump campaign declared the candidate’s opposition to the fiduciary rule (consistent with Trump’s stated opposition to regulation in general), I thought there would be a great story finding out how financial advisers who previously supported Trump (according to one industry-wide poll, Trump garnered support of 83% of financial service providers). What I found out surprised me (for more details, see “Retirement Advisers Speak Out on Next President: Trump Trumps Fiduciary Rule,” FiduciaryNews.com, October 25, 2016).

There are advisers who speak like they’re on the Trump Train and don’t like the fiduciary rule, as well as those who repeat the mantra of the Never-Trumpers and support the fiduciary rule. In fact, they express their diametric support with the same exaggerated vigor one would expect from any political follower.

On the other hand, it’s much more interesting to speak to those who support Trump yet continue to support the fiduciary rule. How do they reconcile this seeming contradiction?

Well, first, they undertake a bit of cognitive dissonance. They can hold two conflicting beliefs simultaneously because they don’t believe President Trump will be able to get everything he wants. One of those wants he won’t get, so the belief goes, it rescinding the fiduciary rule. We all know Trump is a demonstrated success when it comes to deal making. Much of this success hinges on the ability to know when to press for more and when to compromise. Truth be told, killing the fiduciary rule isn’t a priority for him. Based on his 28 policy points Trump outlined in Gettysburg this past weekend, the highest killing the fiduciary rule could be is 29th, and even that’s doubtful.

To fully understand the second reason this (rather large) group of financial adviser supports Trump while also supporting a policy he’s against (the fiduciary rule), we need to return to Plato. Through the mouth of Socrates, Plato never truly answered the question of why a man would remain just even if he had Gyges’ ring. Rather, he explained how various – and competing – forms of “justice” would prevail depending on the culture of any particular community. (If this sounds like trying to say it all depends on what the meaning of “is” is, then you’re really beginning to understand Greek philosophy, or at least Plato’s version of Socrates).

What Plato is offering, though, is an early version of behavioral decision making. What’s often essential isn’t some arbitrary metric, but the frame of reference one choses. In the Republic, he changes the frame of reference that defines justice each time he describes a different city-state. Therein lies the chief complaint about this seminar work. As his dialogue hops from city-state to city-state, Plato concludes various forms of governments (including democracy) produce unjust results. Only governments ruled by an aristocratic elite (those “philosopher-kings”) can be just. At least according to Plato. (Our Founding Fathers, lucky for us regular folk, held a radically different opinion.)

The key to our dialogue, and the ultimate eyeopener when it comes to “fiduciary” and this year’s presidential election, is “frame of reference.” In the one-dimensional view, financial advisers who support the “best interest” doctrine as promulgated by the DOL’s fiduciary rule would see this as a single issue. But if we change the frame of reference? This is exactly what was explained to me by one of the sources I interviewed.

His analysis was quite blunt, and quite perceptive. When I asked him why it didn’t matter that Trump would rescind the fiduciary rule, he simply said, in terms of Trump’s overall policies, beliefs, and actions, he is the only choice that we can credibly say would act in the best interests for his clients, for his business, and for America. This particular adviser set his own political beliefs aside and decided to act solely in his clients’ best interests.

In one fell swoop, the frame of reference is changed.  A fiduciary twist in this year’s presidential election. 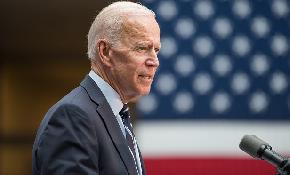 The updated policy includes the previously floated idea of lowering the age of Medicare eligibility to 60, as well as some new additions. 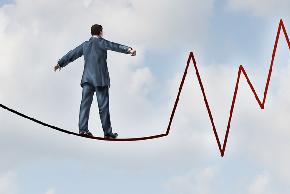 More than two-thirds of the drop in retirement plan equity holdings was in defined contribution plans, according to the Center for Retirement Research report.

How to Improve Financial Wellness Without Sacrificing ROI

Discover how one company and its employees improved their financial wellness with a successful consumer-directed health strategy.

Show clients how one company and its employees improved their financial wellness with a successful consumer-directed health strategy.