Who Trump is considering to lead Labor

Who might lead the DOL under Trump? Here are 5 prospective candidates rumored to be under consideration.

On the issue of retirement, whomever the Trump administration nominates to lead the Labor Department will have big shoes to fill.

Or, to critics of the Obama Labor Department, perhaps the nominee will have large tracks to cover from those big shoes.

Outgoing Labor Secretary Thomas Perez could arguably be as influential as any other Cabinet member during President Obama’s second term.

Perez also actively campaigned across the country for state-run retirement plans, championing a recent safe harbor that legitimizes existing state-run initiatives and is predicted to pave the way for more down the road.

Within the influential EBSA, which administers both the Employee Retirement Income Security Act and core components of the Affordable Care Act, there are currently seven retirement initiatives at various stages of the rulemaking process that have not been finalized, including a rule that would give fiduciary relief for qualified default investments in 401(k) plans and a proposed rule that would expand Form 5500 filing.

Those proposals could be readily rolled back, because they have not been made effective in the Federal Register.

Then there is the fiduciary rule, the 800-pound gorilla in the room.

To date, the President-elect’s transition team has not signaled its intentions with the controversial rule, which will take affect on April 10, 2017, just 80 days after President-elect Trump will be inaugurated.

While nominees to the Trump Cabinet are emerging quickly, the transition team is taking more time selecting its nominee to head the Labor Department, who will have to be confirmed by a simple majority vote in the Senate, thanks to a rule Senate Democrats passed in 2013. Previously, 60 votes were required for confirmation.

The Trump administration will also have to nominate someone to head the EBSA, a sub-cabinet position. That nomination will also need to be confirmed by the Senate. The EBSA oversees about 681,000 private-sector retirement plans.

Here is a list of five prospective candidates that have either met with the Trump transition team or are rumored to be under consideration to head the Labor Department. 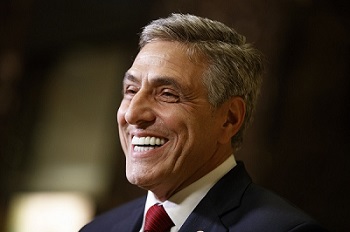 The third-term Congressman serves on the Trump administration’s executive transition team and met with the President-elect last week.

“We talked about Secretary of Labor and it’s something I’m going to consider,” Barletta told the media after the meeting.

Barletta has familiarity with pension and retirement issues, as he serves on the House Education and the Workforce Committee.

He is said to be a hard-liner on immigration issues. It has been speculated that a Trump administration will crack down on employers that hire undocumented workers. 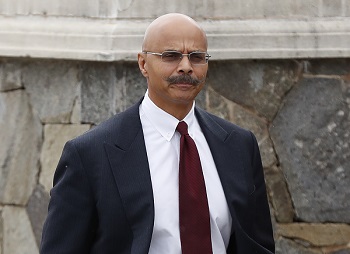 Kirsanow, a labor attorney and partner at Cleveland-based Benesch, Friedlander, Coplan & Aronoff, was at his home two weekends ago watching college football when he received a call from Trump’s transition team.

The next day he met with the President-elect. “We didn’t discuss any positions but we talked a lot about labor,” Kirsanow told Cleveland.com. “He made it clear that what he was looking for is he wants the best people in the administration in the capacities in which they might serve best.”

Kirsanow, an African American, is also a current member of the U.S. Commission on Civil Rights. President Bush first nominated him to that position in 2001. Liberals on the Commission initially refused to seat Kirsanow, but his appointment was ultimately held up after a lawsuit. 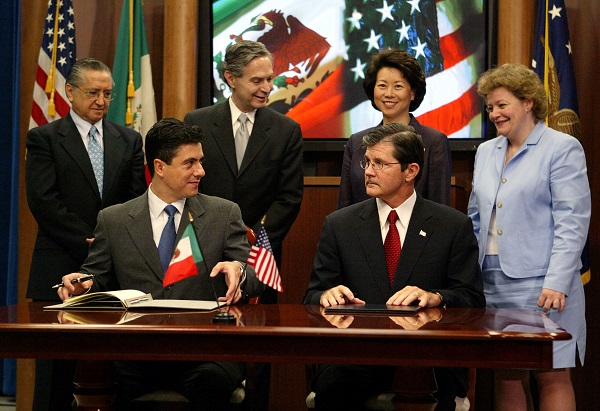 In the days after the election, the New York Times reported Lipnic (pictured far right) was a frontrunner for Labor Secretary.

In 2010, Lipnic, a Republican, was nominated by President Obama to serve as a commissioner on the Equal Employment Opportunity Commission, the division of Labor that enforces workplace civil rights laws. President Obama re-nominated her to another term in 2015. 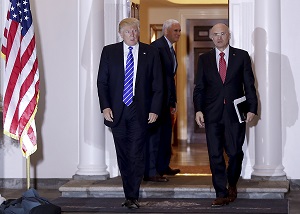 A former attorney, Puzder is the CEO of CKE Restaurants Inc., a holding company for several fast food chains.

He has been a vocal critic of the Affordable Care Act, the initiative to raise the federal minimum wage, and more recently, the Obama administration’s overtime rule that would have raised the threshold for white collar workers eligible for overtime pay to $47,000 a year—the rule was recently blocked in federal court.

In a Forbes opinion piece, Puzder said the overtime rule “will simply add to the extensive regulatory maze the Obama administration has imposed on employers, forcing many to offset increased labor expense by cutting costs elsewhere.” 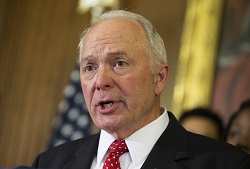 The seven-term Congressman and Chair of the House Education and the Workforce Committee is retiring.

During the run up to the finalization of the fiduciary rule, Kline was one of Congress’ most ardent opponents of the rule. His exchanges with Sec. Perez during Committee hearings were arguably more intense than any other.

Roll Call has reported that Kline is under consideration, but it is unclear if he has met with the transition team regarding the Cabinet appointment.

Here are a few suggestions on how to improve employee motivation and retention while also driving greater customer engagement.

The federal outreach is an example of the Trump administration’s opposition to many programs meant to fight discrimination.