Knowing how long you might live can help you save for retirement, even if as a U.S. citizen your life will be statistically shorter than peoples' in many other countries. Here are 4 factors.

Americans are dying younger, not living longer. But even as it falls, the shortening life expectancy in this country requires workers to save—and save a lot—toward retirement.

Related: What to live longer in retirement?

A depressing thought, but it does tend to highlight the need to estimate how much money a person will need in retirement so that they manage to save enough and to replace enough income to meet their needs as they age.

And since poorer health generally contributes to a shorter life expectancy, that points toward a need to save more, rather than less—because if there’s one fear foremost in Americans’ minds these days, it’s how much they’ll end up paying for health care, both now and later.

What with the current battle in Congress to change how we pay for our health care, not only might changes to (or repeal of) the Affordable Care Act hit lower-income and middle-class people hard when it comes to being priced out of the market altogether, those changes might make them solely responsible for paying their own medical bills and forking out big bucks needs to a nursing home that were formerly intended to pay for retirement instead.

Online insurance broker Netquote has put together data from the Health Inequality Project, the World Bank and the Kaiser Family Foundation that looks at how life expectancy in the U.S. is changing, based on data for age, gender, race, income and residence.

And it’s not a pretty picture. People in Germany, Switzerland, and Japan all have longer average lifespans: nearly 81 years, almost 83 years, and 85 years, respectively.

The U.S., you might be interested to know, finishes a dismal 42nd in the world, according to the CIA, with a life expectancy that falls short of 80 years old. Considering what we spend on health care and wellness in this country, that’s pitiful.

But it’s still a lot of years, which means not just the question of health care to be paid for as we age but also the need to cope with inflation’s toll on savings.

Netquote has provided a tool to estimate your own life expectancy, based on gender, race, income level and home town (only towns of 25,000 or more are included). And seeing that estimate could drive home the need to save for many years of retirement, with or without medical care.

It could also drive home the factors that contribute to a shorter lifespan.

Disturbingly, while some can be changed, others can’t—unless things change not just in Washington but all over the country.

Here are some of the factors that are weighing on the U.S. lifespan: 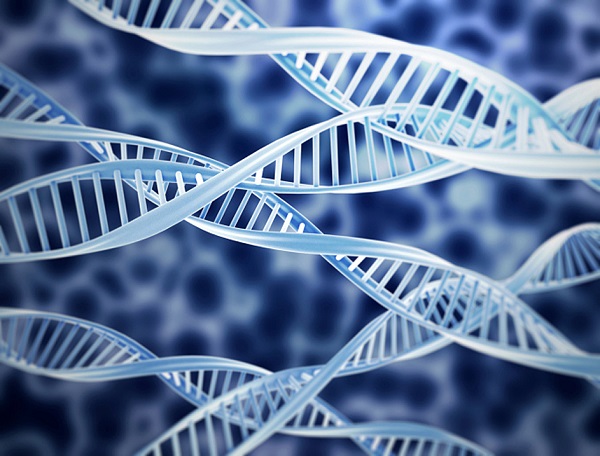 Women are still living longer than men, and the gap isn’t getting any smaller.

Women still outlive men, and according to a BBC report, it could just be a matter of DNA: “This remarkably consistent survival advantage of women compared with men in early life, in late life, and in total life is seen in every country in every year for which reliable birth and death records exist. There may be no more robust pattern in human biology.”

It can’t be blamed on occupation, since women are increasingly doing the same work and taking on the same risks as men, the report says.

It can’t be blamed on smoking, drinking and overeating, although that does help to explain the size of the gap in certain geographical regions—but even among apes, the report says, the females consistently outlive the males.

It could have something to do with women’s extra X chromosome or smaller bodies, according to other theories.

But here’s a scary thought: some research theorizes it could be due to testosterone. A Korean study of eunuchs in the 19th century found that they lived an average of 10 years longer than other men—even kings—and were 130 times more likely to celebrate their hundredth birthday than the average Korean man at the time.

In addition, the female hormone estrogen acts as an antioxidant, with animal studies indicating that females lacking estrogen fail to live as long as females that are still able to rely on estrogen to repair against molecular damage.

There is another factor, though. Read on to learn what it is. 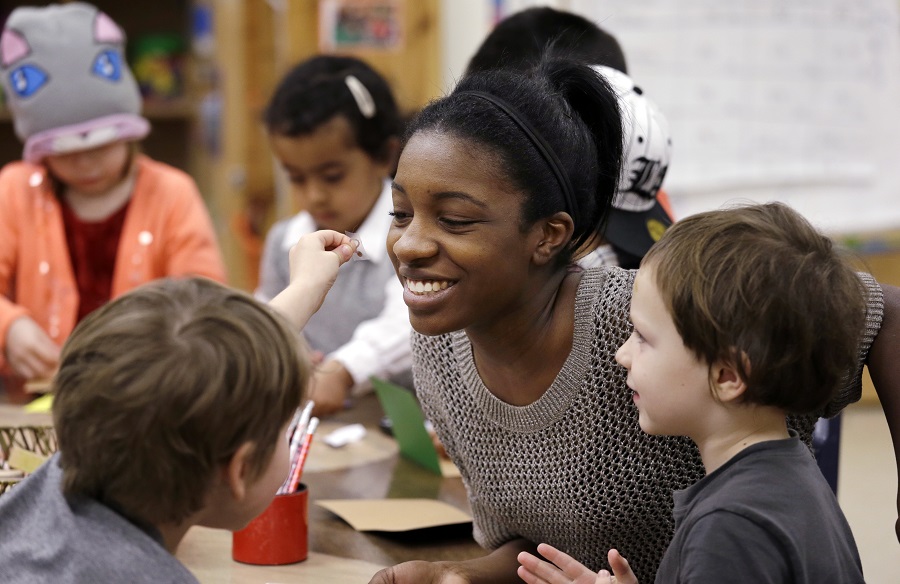 Sadly, race and ethnicity are a major factor in how long Americans live. But interestingly, it’s not Caucasians who have the longest lifespans; that honor belongs to Asian-Americans, who live to be an average of 87.

According to NetQuote, research “has attributed Asian-Americans’ extended life spans to decreased rates of morbidity due to heart disease and cancer, as well as reduced occurrences of unintentional injury, homicide and suicide.”

African-Americans, on the other hand, have seen their life expectancy rise over the last several years, but they “continue to suffer from higher rates of heart disease and cancer, as well as historical inadequacies in medical care due to discrimination and segregation. Violence and homicide have also contributed to higher rates of morbidity among African-Americans, though these occurrences have also shrunk over the last few decades.” 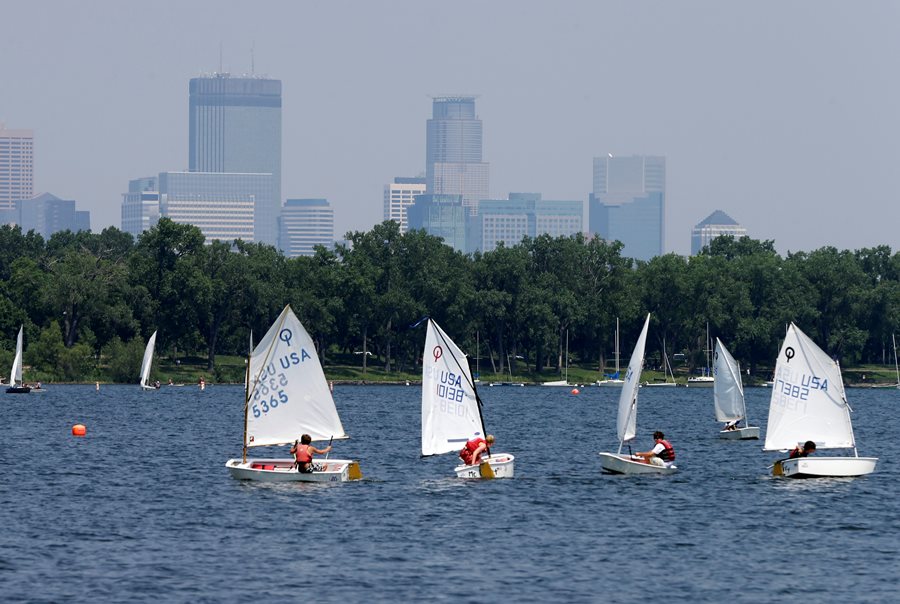 Geographically, Minnesota, Massachusetts and Connecticut offered African-Americans the longest average life expectancies; in those states, it averaged between more than 77 years and 79 years.

That’s approximately 3–5 years higher than the national average for all African-Americans.

Caucasians lived above the national average of 79 years made it to more than 84 in Washington, D.C., and to 81 years in Minnesota and Connecticut.

And remember the longevity gap between men and women? Well, how much longer women live than men also depends on where they live.

According to Netquote’s data, Alabama, Mississippi, South Carolina, Georgia and Arkansas had the widest gap in the country between men’s and women’s average life expectancies. The largest gap, to be found in Alabama, is nearly 6 percent—a hefty difference.

Why might this be the case? It could be due to a couple of factors: not only does Alabama have the second highest adult obesity rate in the country, it’s ranked 46th for poverty.

On the other side of the equation, states where the gap between men and women is smallest are Montana, Idaho, Oregon, Colorado and South Dakota: just under 4 percent. 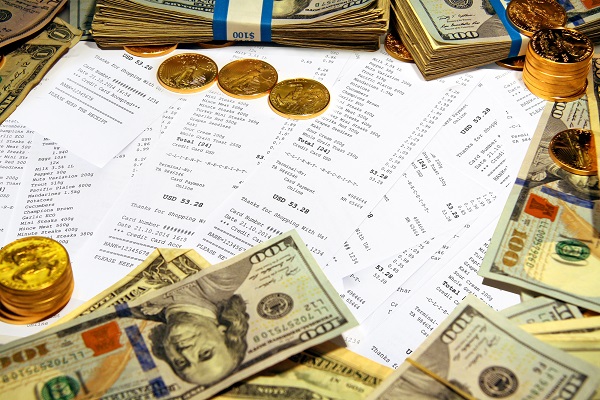 Income level has a great deal to do with how long people live, and as people get poorer, their life expectancy suffers. Studies show that extreme poverty here within the U.S. can equate to life expectancies similar to those in much poorer countries, such as Sudan or Pakistan.

Shocked? You shouldn’t be. People with more money have access to better health care, while people without either can’t afford care at all or fail to follow through on such factors as medication or ongoing treatment.

They also don’t go for regular checkups or recommended tests.

As household income levels increase, the data show that average life expectancy rises with it—so much so that there can be as much as a 12-year gap between the richest and poorest U.S. citizens.

Those in the top percentile can live to be older than 87, while those at the bottom will be lucky to make it out of their 77th year.

And it’s not just health care, of course. More money means access to a better diet, better quality food, a likely fondness for exercise (whether it’s affording a gym membership or going on a long-range bicycle tour) and the probability of less smoking and drinking.

Oh, and there’s less stress if you’re not worried about how to pay the next bill or fend off foreclosure or repossession.

As NetQuote says, “These elements combined can contribute to a higher life expectancy overall.”

Related: How the other 99 percent lives

The company is using contests to lure back some experienced agents who stopped selling when the lockdowns came. 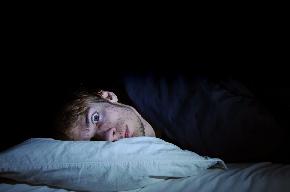