Uber now joins a growing list of Silicon Valley companies that seem unable or unwilling to address bad behavior in the workplace.

In the latest episode of Tech Bros Behaving Badly, former Uber engineer Susan Fowler says she was propositioned by her boss and denied advancement because of her gender. Perhaps an even more egregious allegation is that the human resources department and senior managers at the company ignored her complaints.

Related: Uber pays $20M to settle claims it took drivers for a ride

Uber Technologies Inc. now joins a growing list of Silicon Valley companies that seem unable – or unwilling – to address bad behavior in the workplace, particularly if it’s directed at women. This isn’t an accident, experts say: It’s partly a consequence of a growth-at-all-costs environment that sees human resources as a drag on the mission. Some new companies also see human resources professionals as rule-bound killjoys, anathema to the work-hard, play-hard culture of startups.

“You’re in a race to build your product and get to market, and anything that doesn’t directly contribute to that, including HR and even financial controls, is low priority when you’re first starting up,” said Magdalena Yesil, an early investor in more than 30 technology companies including Salesforce.com Inc. “Of course, without HR at a time when you’re hiring very quickly, you don’t have anyone training new employees about what behavior is acceptable or not.”

A new company should have an experienced human resources manager by the time they have about 100 employees, Yesil said. At that point, they need someone who can oversee performance issues, compensation plans and management training.

Most technology startups wait far longer. A study in California Management Review in 2010 found that after five years, about a third of all new companies don’t have a human resources planning or evaluation system in place. Uber hired its first senior HR executive, Renee Atwood, in February 2014, around the same time Chief Executive Officer Travis Kalanick came under fire for a GQ interview in which he referred to the aphrodisiac quality of starting his company as “Boob-er.” By then Uber already had more than 500 employees and a $13 billion valuation, according to Recode.

Related: How employers can express concerns without violating confidentiality

Often it takes a public relations or legal crisis. Snapchat brought in a senior HR executive to build a department in 2014 after misogynistic emails written by the chief executive officer were leaked to the press. GitHub Inc., the web service for sharing and collaborating on code, didn’t hire a senior HR executive until 2015, seven years after it was founded, when a female engineer publicly described a culture of bullying and disrespect toward women. The company now requires its about 600 employees to get diversity and inclusion training.

“The situation that occurred at Uber is common … because HR doesn’t exist or is weak,” said Y-Vonne Hutchinson, founder of ReadySet, a diversity consultant in Oakland, California. It’s a bad sign when the senior-most human resources person at the company lacks a leadership role and the explicit support of the CEO.

Related: HR jobs on the rise

When Silicon Valley companies finally hire HR staff, they often do so with a handful of narrow priorities in mind: recruiting and retention. If a top performer bullies colleagues or subordinates, they decide it’s more important to keep him happy than to address the concerns of his targets.

“If your biggest priority is keeping your rock-star engineer happy, and you get a harassment complaint about him, you may ignore the written guidelines about what you’re supposed to do,” said Joelle Emerson, CEO of Paradigm, a diversity consultancy whose clients include Pinterest Inc. and Airbnb Inc.

The embarrassment of sexual harassment scandals, coupled with poor or negligent corporate response, may catch up with startup culture eventually. Meanwhile, some research suggests that well-developed management, including human resources, can be good for the bottom line. In a survey of all kinds of companies, Yale University professor James Baron found that startups with human resources professionals are nearly 40 percent less likely to fail and 40 percent more likely to go public.

What’s more, venture capitalists seem to be coming around. More VC-backed companies have human resources systems in place by the third year than those that have other sources of funding, according to a 2010 paper in the California Management Review.

One of the biggest mistakes a new company can make is failing to take HR seriously, wrote Marc Andreessen in a 2014 blog post — after more than one startup backed by Andreessen Horowitz suffered criticism for sexism and disrespect toward women. Andreessen Horowitz is an investor in GitHub and also Zenefits, an online HR software company that had some epic HR problems, including employees having sex and drinking in the office stairwells.

“Even though it is absolutely worth training company leadership in good HR practices, most managers are dangerously amateur at doing actual HR,” Andreessen wrote. “Without smart, effective HR, terrible internal managerial and employee behavior leads to a toxic culture that can catalyze into a catastrophic ethical – and legal – crisis.”

Some Uber investors aren’t happy, either. Mitch and Freada Kapor, spouses and partners at Kapor Capital and Uber investors since 2010, publicly criticized the company for tapping insiders to investigate allegations of harassment and discrimination.

“To us, this decision is yet another example of Uber’s continued unwillingness to be open, transparent and direct,” they wrote in a blog post. “As investors, it is now up to us to call out the inherent conflicts of interest…The group (investigating at Uber) is not set up to come up with an accurate analysis of the culture and a tough set of recommendations.”

In the past 3 months, lawmakers have floated bills to raise the RMD age, allow penalty-free 401(k) withdrawals and more. 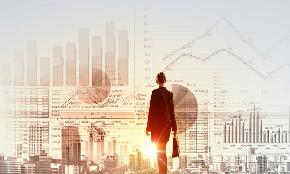