Is the ACA exploding? Nope, but there are some rough spots

When people say Obamacare is disintegrating, theyre usually referring to its individual markets.

For years, President Donald Trump has repeatedly said the Affordable Care Act is on the verge of collapse. As he puts it last week, the health care law is “exploding.”

Is Obamacare really about to fall apart? The short answer is no — there are areas of the country where the ACA’s markets are working well. In others, though, it’s struggling. Meanwhile, the Trump administration holds many of the levers that will determine whether the Affordable Care Act lives or dies.

Obamacare, as the ACA is often called, has helped 20 million people get insurance, mainly by expanding the Medicaid health program for the poor and by creating markets for individual insurance where many can buy plans. Medicaid is relatively immune to collapse, since it’s funded almost entirely by state and federal governments, though some lawmakers would like to limit its spending.

When people say Obamacare is disintegrating, they’re usually referring to its individual markets. Premiums have shot up on the exchanges, and choice has declined for many. Sign-ups for exchange plans this year, at 12.2 million, were down modestly from 2016.

For consumers, one of the most attractive features of the ACA’s plans is that government subsidies help offset cost increases, and about half of those who buy individual plans are eligible. However, people who make too much to get subsidies — about $48,000 for an individual — have to pay full freight.

A 50-year-old, for instance, would spend an average of $574 a month for a mid-level silver plan this year, according to data compiled by HealthPocket. That’s 17 percent more than in 2016, and the policy would have a deductible of about $3,500.

Plan choice is also a growing problem. While the Congressional Budget Office said the ACA’s markets are “stable in most areas,” about 42 percent of those buying coverage on Obamacare’s exchanges had just one or two insurers to pick from for this year, according to the Kaiser Family Foundation. There are parts of Tennessee where there may not be any exchange insurance options for 2018. And Oklahoma’s insurance regulator warned last week that his state’s lone carrier may quit the market.

“This isn’t one market, this is really 51 markets,” said Chris Jacobs, a health policy analyst who runs Juniper Research Group. “That’s something that defies simple slogans.”

While insurer choices wane, premiums rise: Across the country, premiums for so-called benchmark plans climbed 25 percent for this year. In Arizona, the benchmark premium jumped 116 percent, a fact often recited by Trump as a sign of the ACA’s failure. In Indiana, on the other hand, where Vice President Mike Pence was governor, premiums declined 3 percent.

Something still needs to be done for 230,000 people on exchange plans in Tennessee, Senator Lamar Alexander, a Republican from the state, said Friday after the ACA replacement was pulled before a scheduled House floor vote.

“Unless Congress and the President act soon, these Tennesseans — some of the most vulnerable citizens in our state — are likely to have zero choices of insurance in 2018,” he said.

Insurers, by and large, are still losing money after three years of selling coverage in the program, according to an analysis from Bloomberg Intelligence. That’s pushed some of the big players — Aetna Inc., UnitedHealth Group Inc. and Humana Inc. — to pull back. Higher premiums may give insurers better results this year, according to an analysis from S&P Global Ratings. That is, so long as the administration’s actions don’t undermine the market.

That’s where the difficulties emerge. Trump, on Friday and again over the weekend, said Obamacare was collapsing. “It’s imploding and soon will explode and it’s not going to be pretty,” he said.

Price and Congressional Republicans have made similar statements. That could undermine the desire of insurers to sell in the market. If regulators aren’t willing to make it work, why should they take a risk?

“Market participants need faith in their regulator. When their regulator says market is ‘exploding,’ it has an influence,” Andy Slavitt, the former head of the Centers for Medicare and Medicaid Services under President Barack Obama, said Monday on Twitter.

“Can you imagine investing or offering stock as a company in the stock exchange if the head of SEC called it a ‘disaster?”’ 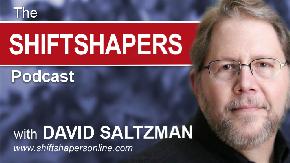 Do not ever trust your gut – with Gleb Tsipursky

David Saltzman sits down with cognitive neuroscientist Gleb Tsipursky to talk about why “trusting your gut” could be the worst business advice you could follow.