The U.S. isn’t on this list of top countries for retiree well-being.

In fact, it’s nowhere near the top 10, coming in at 17th out of 43.  In fact, according to the 2017 Global Retirement Index from Natixis Global Asset Management, the U.S. fell three places just since last year among the 43 countries surveyed.

And while it held on to its 7th-place ranking in health—that’s as high as it got, by the way, among the four overall factors used to determine retiree well-being—it was, in large part, due more to how much we spend on health care than to outcome, since the U.S. placed an even more dismal 30th in life expectancy.

The four categories the study uses to determine a country’s retiree well-being are finances, health, material well-being and quality of life.

Under those four major classifications that judge how supportive the climate is for retirement across nations in the developed world are 18 subcategories that further break down the factors that can make or break retirement for a country’s retirees.

Under material well-being, you’ll find the subcategories of income equality, income per capita and unemployment.

But while the U.S. has the fifth-highest income per capita among all nations in the index, that certainly doesn’t tell the whole story.

Instead, it registered higher levels of income inequality compared to last year, yielding the sixth lowest score for income equality in the material well-being category—implying that “millions of lower-income Americans are missing out on that economic growth and may struggle to save for a secure retirement as a result.”

And although the U.S. did rank in the top 10 for finances, the study says, “largely due to improvements in bank nonperforming loans and federal debt levels relative to other nations, that certainly wasn’t enough to put it anywhere near the top for retirees.

Instead, thanks to the fact that it has the seventh-highest public debt as a percentage of GDP of all countries in the index, and a rising ratio of retirees to employment-age adults (old-age dependency), that’s pressuring government resources such as Social Security and Medicare.

To add to the pressure on retirees’ wallets, low interest rates and tax pressures negatively affect savings rates and income in retirement.

So which countries did do well? Here are the top 10, along with some of the reasons they did well in ranking when it comes to retirement. 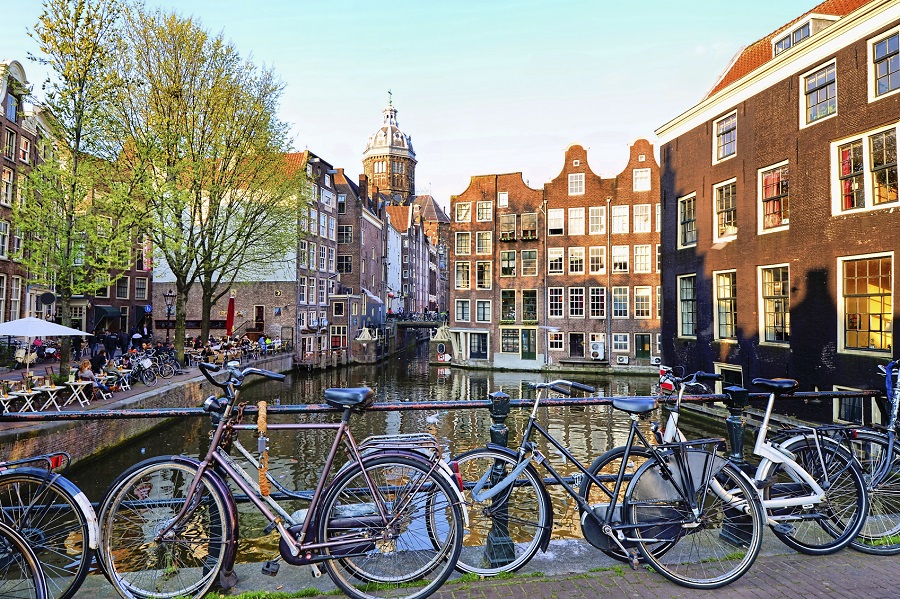 Luxembourg and The Netherlands, with Amsterdam pictured here, ranked in the top 10 for retiree well-being. (Photo: Getty)

Little Luxembourg, which actually advanced from 13th place last year, placed in the top 10 for the health subindex, based on spending large amounts on health care per person, having high insurance coverage for these expenditures and having relatively high life expectancies.

Within the top 25 overall, Luxembourg has the highest health subindex score, with 92 percent. But that’s not all; it’s one of seven countries in the top 10 to also finish in the top 10 for material well-being.

The Netherlands lost a tad of ground from last year, when it finished in 8th place.

Perhaps that’s due in part to its having one of the worst environmental factors scores—but it still managed to place in the top 10 for the health subindex, as well as scoring highly for the employment indicator. 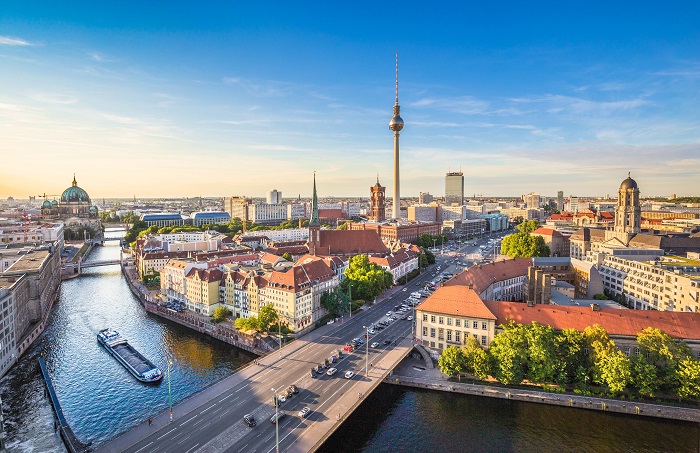 Denmark and Germany, with Berlin pictured here, made the top 10 of countries with retirees with high well-being. (Photo: Shutterstock)

Denmark made some serious progress over the last year, rising from 12th place to make the top 10 this year.

One reason could be that it has the highest quality of life subindex score, at 94 percent.

But it’s not all fairy tales; Denmark also ranks in the bottom 10 for its old age dependency indicator—struggling with a base of younger working-age citizens that is too narrow to provide for older retirees.

In the same position as last year, Germany is also in the top 10 for material well-being, as well as having a high income per capita score and a relatively high level of income equality.

But other aspects of its financial situation aren’t so cheery, since, along with Denmark, it ranks in the bottom 10 for the old age dependency indicator. 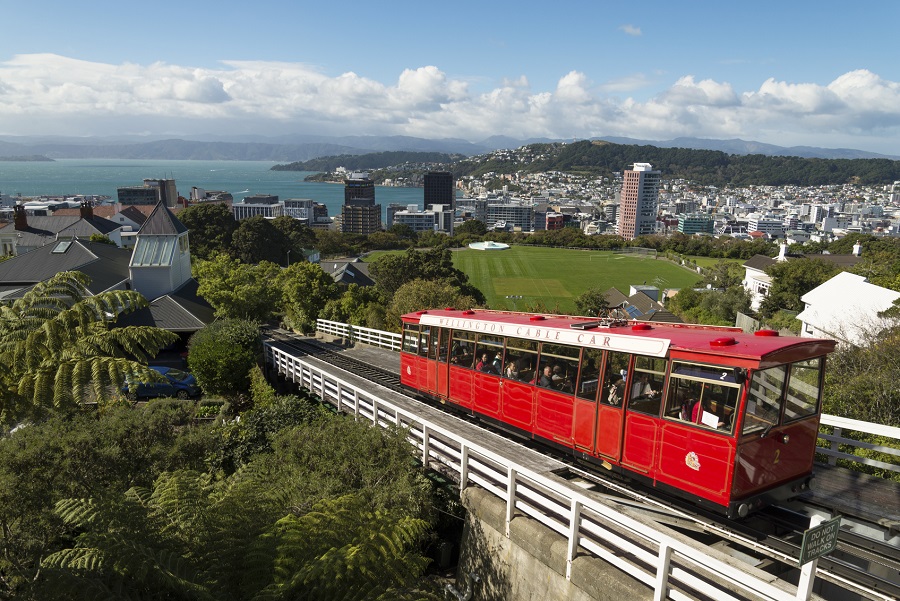 Also holding its ground in 6th place from last year, the Land Down Under was one of only four countries in the top 10 to also score in the top 10 for finances.

Some of the other top 10 countries saw their scores fall overall after being dragged down by higher tax burdens and public debt as a percentage of their GDP.

New Zealand actually dropped down a notch from last year, when it finished in 4th place.

However, it was also one of the four countries in the top 10 to also score in the top 10 for finances, and actually had the highest finances score, at 79 percent. 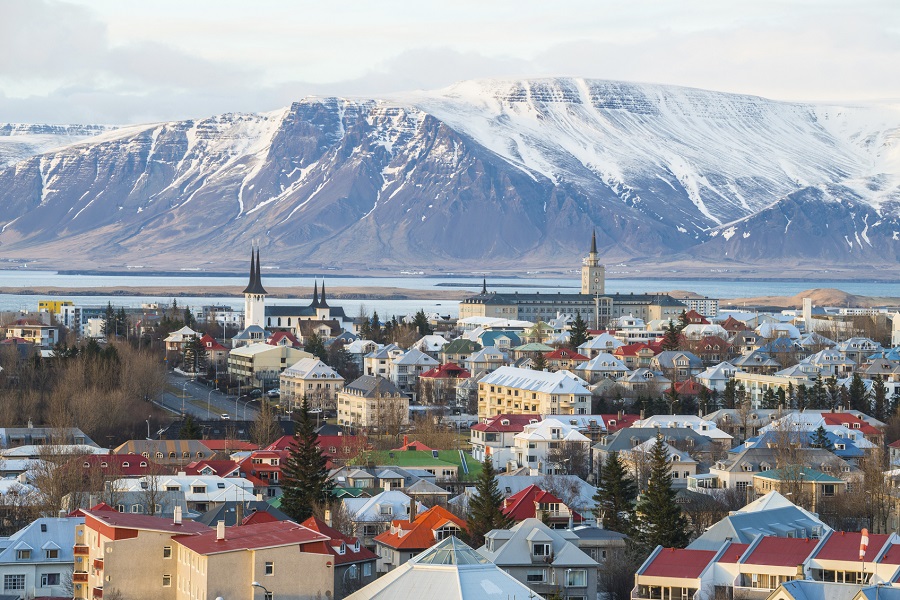 Iceland hung on to 3rd place this year from last, and is among the top 10 for quality of life.

It’s also in that august company for material well-being, scoring highly in the employment indicator, and is in the top 10 for happiness and environmental factors, too. 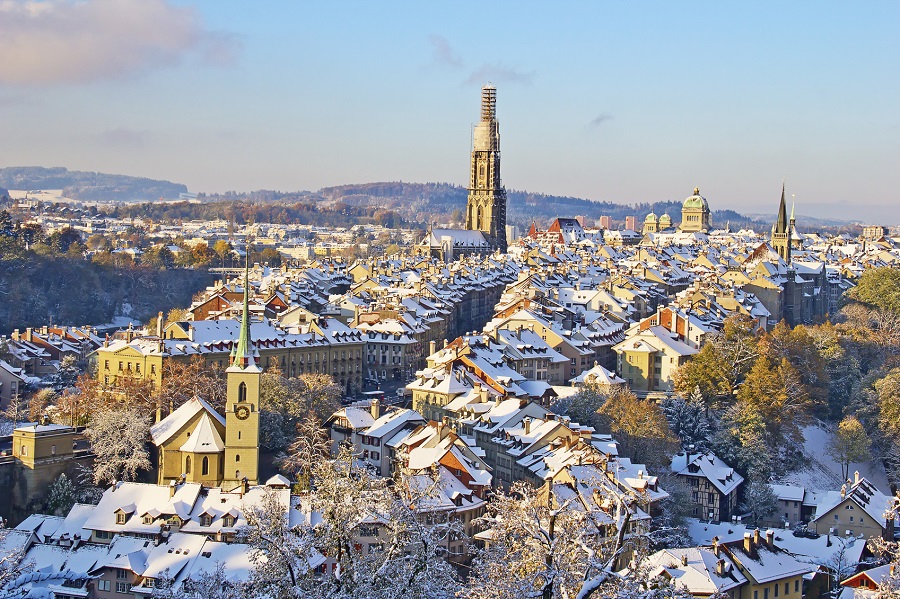 Switzerland, with Bern pictured here, and Norway made the top 10 for countries with high retiree well-being. (Photo: Getty)

Finishing in 2nd place again (it did so last year as well), Switzerland also finished in the top 10 for material well-being—at least partly because of its performance within the top 10 in the finances subcategory.

It also nailed a position within the top 10 for quality of life and happiness.

Norway finished first in 2016, as well as this year.

One reason is likely the fact that it has the highest score in the material well-being subindex, at 91 percent (the U.S., by the way, has the lowest, at a miserable 57 percent).

Norway also scores highly in the employment indicator, but it doesn’t stop there—it also places in the top 10 for the health subindex, quality of life and happiness categories. Remote workers are less likely to use plan default investments and may benefit from managed account options, according to a Morningstar study.