Live long OR prosper? Over half of GenX and baby boomers surveyed said that outliving their savings and investments is one of their greatest retirement fears.

They’re planning to live long, but as for prospering, not many are confident that they will.

According to “Wishful Thinking or Within Reach: Three Generations Prepare for ‘Retirement,’” a report from the Transamerica Center for Retirement Studies, while workers estimate that they’ll live to age 90 (actually, that’s the median; 14 percent actually aim for 100), only 18 percent are very confident that they’ll be able to completely retire and have a comfortable lifestyle.

Worries about money predominate, with 57 percent of GenX and 55 percent of boomers saying that outliving their savings and investments is one of their greatest retirement fears.

Among millennials, 47 percent are afraid they won’t be able to meet their families’ basic financial needs when they retire.

And, no doubt influenced by the current pyrotechnics in Washington, 76 percent of all workers are concerned that Social Security will not be there for them when they are ready to retire.

Asked about their retirement dreams, 70 percent overall cite travel; 57 percent want to spend more time with family and friends, while 50 percent are looking forward to hobbies.

But work plays a big role in retirement, too, with 30 percent citing some form of paid work as a retirement dream, including pursuing an encore career (13 percent), starting a business (13 percent), and/or continuing to work in the same field (11 percent). Twenty-six percent of workers have goals of doing volunteer work when they retire.

All those money worries have their roots in everyday life. Among respondents 79 percent believe that their generation will have a much harder time achieving financial security in retirement compared to their parents’ generation, with millennials (83 percent) and GenXers (80 percent) more likely to feel this way than boomers (75 percent).

In fact, 34 percent of GenXers, 28 percent of millennials and 26 percent of boomers have pulled money out—for reasons ranging from paying off debt (35 percent), a financial emergency (24 percent) and medical bills (23 percent). 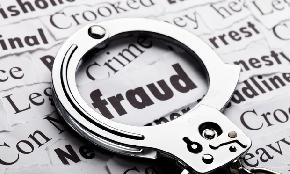