The class-action lawsuit against both Cigna and OptumRx Inc. alleges the two companies conspired over several years to make consumers pay higher prices for prescription drugs.

By Robert Storace | March 19, 2018 at 12:13 PM | The original version of this story was published on Connecticut Law Tribune
X

A federal judge in Connecticut has denied most of Cigna Health and Life Insurance’s claims in its request to dismiss a lawsuit which alleges it artificially inflated prescription drug costs in violation of the health insurance policies of its clients.

The Monday ruling by U.S. District Judge Warren Eginton means the class-action lawsuit against both Cigna and OptumRx Inc. will move forward. The insurance giant hired OptumRx as its pharmacy benefits manager to negotiate drug prices on behalf of Cigna and the Cigna network.

The October 2016 lawsuit, filed on behalf of five individuals who were covered by Bloomfield-based Cigna, alleges the two companies conspired over several years to make consumers pay higher prices for prescription drugs. The defendants allegedly misrepresented the costs of the drugs through increased charges to patients and then “clawbacks” to get a larger portion of patients’ payments.

The lawsuit cites numerous alleged examples of the defendants and their agents taking clawback and/or so-called spread payments thousands of times each day from pharmacies across the country. Examples cited in the lawsuit show a class member in November 2014 paid a pharmacy a $20 co-payment for the prescription drug Amlodipine Besylate, 1,043 percent more than the actual $1.75 fee paid to the pharmacist. Without disclosing it to the consumer, the lawsuit alleges, the defendants clawed back the $18.25 overcharge.

In another cited case, a class member, also in November 2014, paid a pharmacy a $20 co-payment for the prescription drug Clopidogrel, a 468 percent premium over the actual $3.52 fee paid to the pharmacist. Again without disclosing it to the customer, defendants clawed back the $16.48 overcharge, the lawsuit states.

Craig Raabe, a partner with Izard, Kindall and Raabe in West Hartford and attorney for the plaintiffs, called Eginton’s decision, “A great ruling for consumers. We now look forward to going into the discovery phase.”

Raabe said his office became involved in the case after getting a call from a client. “We received a complaint about drug overcharges, investigated the issue thoroughly and discovered the overcharge scheme set forth in the complaint,” he said.

Cigna is represented by Brian Shaffer of Morgan, Lewis & Bockius in Philadelphia. Shaffer did not respond to a request for comment Tuesday.

OptumRx, a subsidiary of the Minnesota-based United Health Care, is represented by Michelle Grant of Dorsey & Whitney in Minnesota. Grant also did not respond to a request for comment.

The announcement is part of President Biden's new plan to fight the Omicron and Delta COVID-19 variants over the winter. 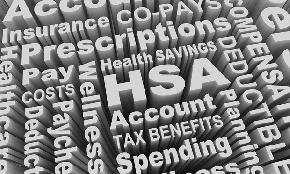 Why employed Americans with an HSA need to pay attention to Medicare and Social Security enrollment.