How technology is improving the health care experience

In working toward the same goal, both medical professionals and benefits professionals face many of the same opportunities and challenges, particularly when it comes to the growing role of technology.

What does a lecture hall full of brokers, consultants and other insurance industry professionals have in common with one of the leading diagnosticians in the medical field? Quite a bit, as attendees at the opening keynote of this year’s BenefitsPRO Broker Expo would soon find out.

“The most important thing to know about me is I have virtually the same job as you do: connecting people to outstanding health care,” Gupreet Dhaliwal, professor of medicine at the University of California-San Francisco told them. “I do it on a micro-scale, one patient at a time. You have the responsibility of doing it with dozens or thousands at once.”

And in working toward the same goal, both medical professionals and benefits professionals face many of the same opportunities and challenges, particularly when it comes to the growing role of technology, which was Dhaliwal’s focus over the remaining time.

First, he explained, we have to understand the relationship between technology and humans. Specifically, that technology isn’t coming for our jobs anytime soon. ”The question comes up, if a doctor could do this, is there any reason a computer couldn’t do it better?” Dhaiwal said, drawing on IBM’s famous Watson computer. “If a Watson can beat a Ken Jennings, is it conceivable that a Dr. Watson could beat a Dr. House?”

It’s harder than we think, though. “One of the biggest barriers for a computer to solve what’s happening with another human being is the absence of common sense. When we all talk to each other, we work on this vast network of unspoken assumptions. It turns out a computer doesn’t know that.

“You have to teach it that rain is wet, that death is permanent, that a mother always loves her child,” he continued. “You’d never have to explain any of those to a second year med student, or high school student, or even a second-grader.”

Technology is and will continue to get better at this, Dhaliwal said, encouraging the audience to closely examine their own attributes. “You have to ask what part of your job can be replaced or outsourced, and what makes you uniquely human?” he posited. “Be the content expert, the content advisor, the consultant that helps the consumer navigate the market.”

With assurances that technology would not replace medical professionals, benefits professionals or any other professionals, Dhaliwal turned his focus to the role of new technologies in shifting the health care industry from a “lowest-cost” philosophy to a “highest-value” mindset.

In the medical field, for example, there’s been a shift in emphasis toward “less is more” when it comes to prescribing medications and diagnostic tests. “We’ve entered an era where we give people too much medicine,” Dhaliwal said, going on to explain that it’s a difficult thing to explain this more-reserved approach to a patient, who is often looking for assurance and solutions. “Our job isn’t to give you less or more medicine, its to give you the right medicine. That is our new goal in medicine.”

So how are they working to achieve it, and how is technology helping? Dhaliwal noted several areas.

Better outcomes. “There’s plenty of data that shows doctors only get it right 85 percent of the time,” Dhaliwal said. New programs can help doctors improve that statistic, not by replacing the doctor but by offering a list of diagnoses to consider based on a patient’s symptoms (like MedMD, but with actual medical literature backing it.) “It’s not going to be machine over man, it’s man and machine does better.”

Diagnostic assist. Dhaliwal noted an important distinction between today’s generation of doctors and those in the past: they’ve been raised on technology and smart phones, and that isn’t a bad thing. “We’re training a generation of doctors who think it’s as natural to pull out their phone or tablet as I think it is to pull out my stethoscope,” he said. Those tools are valuable diagnostic assistants.

Waste management. Returning to the “less is more” mindset, Dhaliwal noted several opportunities where technology can help cut back on unnecessary procedures, including a colleague who developed a program to track the amount of blood used during transfusions. Importantly, he noted, the man took his own time to create the program. “It’s time for the computer to start working for the doctor, not the other way around.”

The patient experience. For many people, the act of going to a doctor appointment is tedious and time-consuming, often requiring a long drive to the office and more time in the waiting room than actually spent with the doctor. “Telehealth is changing that completely,” Dhaliwal said. “This is the most effective way to treat people, it’s respectful of their time and concerns.”

Smartphones. “The average American now unlocks their smartphone 150 times a day,” Dhaliwal said, and more than 50 percent have a wellness app of some sort on their phone. What that means, for better or worse, is that a medical professional is no longer the sole source of guidance when it comes to health. As Dhaliwal put it, “health care is going to start to become a bit of DIY enterprise.” 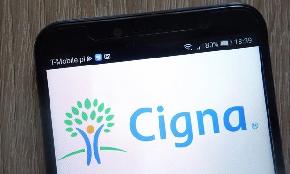 Cigna, Oscar to team up on small-business health plans

The companies see an opportunity in the small-business space, which accounted for 40 percent of net job creation in 2018. 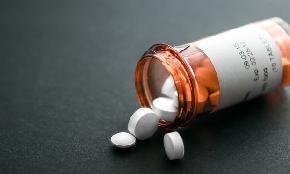