Pay for primary care physicians is going up, but they're still in short supply

There is such a shortage of primary care physicians that their pay has risen by more than 10 percent over the past five years—and without a corresponding increase in productivity.

That’s according to the 2018 MGMA DataDive Provider Compensation data from Medical Group Management Association, which also found that that increase is close to double the increase for specialty physicians’ compensation over the same time frame, highlighting how severe the primary care physician shortage has become.

And about that productivity level—MGMA reports that “When broken down by primary care focus, family medicine physicians saw a 12 percent rise in total compensation over the past five years, while their median number of work relative value units (wRVUs) remained flat, increasing by less than one percent.” Practices are forking over higher signing bonuses, continuing medical education stipends and relocation expense reimbursements, among other benefits, all in a quest to recruit and retain doctors.

Non-physician providers are also reaping the benefits of the shortage, the data find, with “meaningful growth” in pay over the last 10 years; nurse practitioners received the biggest benefit, with a growth in total compensation of nearly 30 percent, while primary care physician assistants did nearly as well, with the second-largest median rise in total compensation of 25 percent.

Gains weren’t consistent across the country, of course. The data find that two states actually saw a decline in median compensation for primary care physicians; in Alabama pay fell -9 percent, while in New York it was -3 percent. But other states saw even larger increases than the national rise; the top five were Wyoming (41 percent), Maryland (29 percent), Louisiana (27 percent), Missouri (24 percent) and Mississippi (21 percent).

The financial burden of cancer treatments prices some out completely

The high cost of treatments leaves low-income consumers unable to afford it, and even those who can feel the financial toll.

These states ranked lowest for retirement on quality of life, affordability and health care. 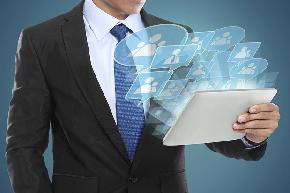