Obama comes out in favor of Medicare for All

In a campaign speech delivered last week, Obama touted what he described as an energized Democratic Party fueled by activists and new ideas.

In a sign of how Bernie Sanders’ presidential campaign has shifted the political dialogue in the Democratic Party, former President Barack Obama endorsed the idea of “Medicare for All.”

In a campaign speech delivered at the University of Illinois Urbana-Champaign, Obama touted what he described as an energized Democratic Party fueled by activists and candidates who are offering new ideas.

“It’s harder for young people to save for a rainy day, let alone retirement,” he said. “So Democrats aren’t just running on good old ideas like a higher minimum wage, they’re running on good new ideas like Medicare for all, giving workers seats on corporate boards, reversing the most egregious corporate tax cuts to make sure college students graduate debt-free.”

Related: Medicare for All: Who would pay?

In some ways, Obama’s embrace of Medicare for All is a direct contradiction of much of what he pushed for and accomplished on health care as president. Although denounced by Republicans as a quasi-socialist government takeover, the Affordable Care Act did not significantly change how health care works in the U.S. Obamacare further entrenched the the private health insurance industry.

During the crafting of the ACA in 2009 and 2010, many on the left tried to push for a plan that would come closer to a single-payer health care system. Some Democrats pushed for setting up a government-run “public option” insurance plan that individuals could opt for over private insurance.

The public option was fiercely opposed by the insurance industry, which claimed it would undermine the private insurance market and eventually lead to an entirely government-run system. Some centrist Democrats balked as well, dooming the legislation’s prospects in the Senate.

In the aftermath of the ACA, some on the left criticized Obama for not fighting hard enough for a public option or a more ambitious overhaul of the health care system, while others went further in their criticism, saying that the president and centrist advisers, such as his then-Chief of Staff Rahm Emanuel, were instrumental in sinking the public option.

And yet, Friday’s remarks do not represent the first time in his career that Obama has expressed support for a single-payer system. As an Illinois legislator and candidate for U.S. Senate in 2003, Obama said he supported the idea. But he even then, he tempered his support by acknowledging the political challenges.

Later, as a U.S. Senator, Obama did not describe himself as opposed to single-payer, but suggested that it was likely not the most realistic way to achieve universal health care in the near-term.

For Republicans who long claimed that the ACA was simply the first step towards single-payer, Obama’s remarks last week may offer vindication.

Whether Obama believes that Medicare for All will ever be achieved is unclear. He may just think it’s an effective campaign promise. But considering his remarks and actions on health care throughout his career, his support for single-payer very reasonably mean that he believes the policy is the right one based on the current political environment. 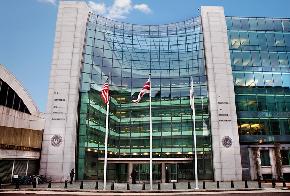 SEC commissioners unanimously approved the amendments, which are subject to 30 days of public comment after publication.