Sanders’s proposal would establish universal benefits through a government-run program and outlaw most forms of private insurance.

Senator Bernie Sanders introduced a new Medicare for All proposal, acting to keep health-care policy at the center of the race for the 2020 Democratic presidential nomination and marshaling support from four White House rivals for a single-payer plan to expand medical coverage.

“Health care is a human right, not a privilege,” Sanders said at a Capitol Hill rally Wednesday. He said he wants to end the “international embarrassment” of the U.S. being the only major nation that doesn’t guarantee health coverage to its citizens.

He criticized health-care executives’ wealth and the high profits of insurers and drugmakers. “Please do not tell us that this is a rational health-care system,” Sanders added.

Related: Why single-payer may be closer than you think (and what to do about it)

Sanders, who also sought the Democratic nomination in 2016, has backed the concept for years and offered similar legislation in 2013, when it attracted no co-sponsors. Of 14 Democratic senators who have signed on this time, four are competing with Sanders for the Democratic nod: Kamala Harris, Cory Booker, Kirsten Gillibrand and Elizabeth Warren. Gillibrand is the only fellow candidate who attended the rally.

With the plan’s introduction, Sanders is setting the standard for progressives in the health-care debate even as the Democratic Party is rallying to defend Obamacare. The Trump administration is supporting a suit in federal court that seeks to have the 2010 health law cast aside as unconstitutional. Sanders’s proposal is more sweeping than the Affordable Care Act and he’s betting that it will resonate with Democratic primary voters next year when caucuses and primaries get underway.

That position has been risky for some in the field. Harris drew attacks after she said at a January CNN town hall said she was for Medicare for All and that she would “eliminate all of that,” referring to the private health insurance industry. But her staff later said she would favor more incremental approaches. Warren and Booker also have indicated they might consider other compromise approaches.

Not everyone in the race agrees Medicare for All is the best path to gaining universal health coverage, with others offering rival ideas including a “public option” as part of Obamacare. Senator Amy Klobuchar, a Minnesota Democrat, has never signed on to Sanders’s single payer idea, and neither has Senator Michael Bennet of Colorado, a Democratic moderate who is expected to enter the presidential contest soon.

Klobuchar told reporters Tuesday that she instead favors a public option, something she said can be achieved by using Medicare or Medicaid to extend more care to the uninsured.

“I think that’s going to get us more quickly onto the path of universal health care,” she said.

The proposal has no chance of becoming law, with the Senate in Republican control and no GOP senators on board.

The Democratic contenders lending weight to the proposal are signing on to a concept that comes with a high price tag. The non-partisan U.S. Congressional Budget Office, which provides cost estimates of legislation, hasn’t weighed in on the cost of the proposal. A study from the libertarian Mercatus Center said Sanders’s 2017 single-payer bill would raise federal spending by $32.6 trillion over 10 years.

The U.S. is already projected to spend about $47 trillion on health care between 2018 and 2027, when adding up what the government, employers, and households pay. Proponents of Medicare for All argue that it will shift private spending to the public sector, eliminating the cost of administering private health plans and insurers’ profits.

Sanders’s proposal would establish universal benefits through a government-run program and outlaw most forms of private insurance, including employer-provided coverage. That would eliminate out-of-pocket costs to patients, but also provide less choice for people who want to purchase specific types of benefits and for employers who use them to attract workers.

Sanders didn’t offer a specific way to pay for the plan. A statement on financing it said, “We will continue to get the best ideas from economists, doctors, nurses, and ordinary Americans to guarantee health care as a fundamental right.”

The Sanders plan would be phased in over four years by gradually lowering the age for Medicare eligibility until all Americans are covered.

About 156 million Americans have private employer-sponsored plans run by companies such as UnitedHealth Group Inc. and Anthem Inc. They would have to switch to government insurance.

America’s Health Insurance Plans, the insurer lobby group, said in a statement Wednesday that Medicare for All and similar proposals would mean that “Americans will pay more, to wait longer, for worse care. Let’s focus on real solutions that deliver real results, not a one-size-fits-all government system.”

Proponents of Medicare for All say it would close gaps in health-care coverage that leave 27 million Americans uninsured. It would also make health care more accessible to millions of families who have medical coverage but still struggle to afford the rising cost of medical care and prescription drugs.

Almost 30 percent of adults with insurance face such high out-of-pocket costs relative to their income that they are considered “underinsured” and likely to delay care or struggle with their bills, according to estimates by the Commonwealth Fund.

Sanders’s proposal would leave medical providers, such as doctors and hospitals, in private control.

Polls show that the public is generally supportive of the idea of Medicare for All, but the level of backing shifts based on how the question is phrased. 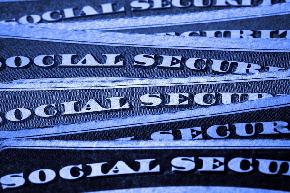 Social Security reduces inequality, plain and simple, according to data from the Center for Retirement Research.