Why it’s time to rebrand the high-deductible health plan

Employers are addressing low HDHP adoption by investing in education and support tools, but it’s time to go even further.

For all the benefits of the high-deductible health plan (HDHP)—lower premiums, tax savings, more flexibility for patients, to name a few—it has developed a bad reputation among employees. The reason why could be right in the name: the phrase “high-deductible” isn’t exactly attractive for employees who are hearing about it for the first time—and studies suggest that employees have limited knowledge about what such plans entail.

The first impression matters, which is why the HDHP requires more than education. Employers are already addressing low HDHP adoption by investing in education tools and plan decision support during open enrollment, but it’s time for benefits leaders to go even further. It’s time to rebrand the HDHP.

According to a 2016 Harris Poll, employees tend to describe HDHPs with words like “risky” and “disappointing,” while positive terms like “affordable” and “a good value” come up much less frequently. And while adoption of HSAs has been growing, only 46 percent of those eligible are contributing to an HSA.

At first glance, the sticker shock of a $2,000 or $3,000 deductible (or much more for family coverage) can reinforce those false perceptions—68 percent of employees whose company offers an HDHP say it feels more expensive than other options.

Highlight the pros instead of the cons

Referring to it as a “high deductible health plan” only tells half the story — and it’s not the positive half. One of the key advantages of having an HDHP is that it makes you eligible for an HSA, the most tax-advantaged savings account in America. Some employees are even eligible for HSA seed money or matching contributions from their employer, an amazing financial benefit that doesn’t get talked about enough—precisely because it’s difficult to get past the bad first impression of the words “high deductible.”

To combat this phenomenon, some employers have stopped referring to the plan as a “high-deductible health plan” or HDHP altogether, instead presenting it as the “HSA plan.” It’s a savvy move that highlights the best parts of the plan—and more employers should follow suit.

By putting the main benefit of the plan upfront and subsequently highlighting all the positive aspects that it entails, you can make a much better first impression with employees. As a cherry on top, that gives employees one less acronym to remember, too.

For many employees, the name of the plan is only the first barrier of many to come following open enrollment. Despite employers’ best efforts at explaining health benefits through detailed guides and in-person sessions, the fact of the matter is that many employees remain confused about their HDHP even after selecting it.

Employers can help combat this confusion by eliminating as much jargon as possible during open enrollment and being straightforward about the advantages of a high deductible plan. But they should also tailor their approach to different employees. Some may have had a low deductible PPO for several years and may be unaware of their new out-of-pocket responsibility, while others might need help crunching the numbers to see the financial benefits over time. Understanding what perspectives employees bring to the table can help you craft an approach that will resonate with them—and curate supplementary benefits that will support and empower them to make informed, high value choices.

Employee resistance to HDHPs isn’t due to a deficiency on the part of the plan or the benefits it brings—in many ways, the lower premiums alone could leave many employees coming out ahead. It’s just a question of changing perceptions and being clear about the plan’s advantages. Rebranding the HDHP and taking a straightforward approach to explaining its benefits can go a long way toward demystifying it and increasing adoption organically instead of coercively.

David Vivero is CEO of Amino. 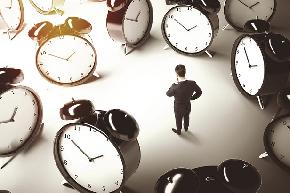 If ever there was a time to rethink employer-sponsored health plans, this is it

We need a new plan design that creates an intuitive fit between people’s health insurance and the way they actually use health care. 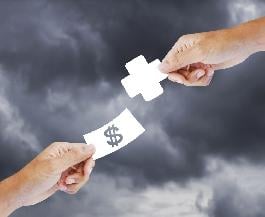 Plan sponsors should consult with industry experts who have an in-depth knowledge of the PBM industry and who understand PBMs’ lingo to uncover self-serving rebate arrangement. 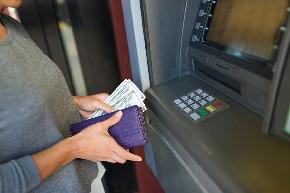 The value of adding early wage access to your benefits package

Your employees are under a lot of financial stress, which can be a huge distraction and lead to lost productivity and high turnover.