Medicare for All push is losing steam

The “Medicare for All” push is hitting serious obstacles in the U.S. House in the face of resistance from Democratic leaders concerned that replacing the private insurance system would generate backlash from voters who like their coverage.

The House Budget Committee is holding a hearing on Wednesday to explore “design components and considerations for establishing a single-payer health care system,” which could serve as a preliminary step toward overhauling how Americans get health insurance coverage.

But that may be a Pyrrhic victory for progressives championing for Medicare for All legislation because the effort appears unlikely to go much further. A bill sponsored by Representative Pramila Jayapal of Washington State and 109 other Democrats hasn’t gained much support since its release in February, and the Budget panel’s Democratic chairman said he doesn’t see such legislation advancing any time soon.

Related: Medicare for All: Where the 2020 presidential candidates stand

“The caucus understands that we’re not going to pass Medicare for All this year,” Representative John Yarmuth of Kentucky said in an interview. He said it would be a “long process” to develop consensus legislation and “nobody’s going to wade into the weeds and spend a lot of time developing a bill.”

The divisions among Democrats extend to the party’s nomination race. Democratic presidential contenders Bernie Sanders and Elizabeth Warren are among 15 cosponsors of Medicare for All legislation in the Senate, which would replace private health insurance with a government-run plan that covers primary care, hospital stays and prescription drugs for all Americans, dramatically changing America’s $3.5 trillion health-care industry.

Other senators, like Michael Bennet and Amy Klobuchar, favor a “Medicare X” bill that creates an option to buy into a Medicare-like plan as an alternative to private insurance. And some, like Kamala Harris and Cory Booker, have cosponsored both bills.

Former Vice President Joe Biden, who is dominating the early stage of the race, backs letting Americans buy into a government-run insurance option through Medicare.

“The vast majority of people are satisfied with their own health care system today,” Biden told reporters on May 14 while campaigning in New Hampshire. “What we should be doing is going back, fixing the Affordable Care Act, and making a Medicare option available to all people whether they have private insurance, or no insurance, or their own insurance.”

President Donald Trump and Republicans are using the push for Medicare for All by Sanders and other progressives as a weapon in their 2020 election strategy.

“The Democratic majority seems confused about the political tactics and the timing, but not about the ultimate goal – to impose a federal government-run health care system on the American people,” said Arkansas Representative Steve Womack, the senior Republican on the budget committee. Under a single-payer system, he said, “millions of Americans won’t be able to keep the insurance they like or see the doctor they trust.”

The Jayapal legislation is mostly backed by Democrats in safe districts, with few cosponsors among the 40 members who won seats previously held by Republicans in 2018 to give the party control of the House. Winning their support will be tough; many of them prefer to support incremental health-care changes rather than one as far-reaching and politically risky as Medicare for All.

The Center For American Progress, an influential progressive think tank, recently offered a competing plan called “Medicare Extra” that would preserve employer-based insurance. The goal was to give Democrats who support universal coverage a more politically palatable path that doesn’t require eliminating private coverage for those who like their insurance.

“Everyone outside of the employer-based system would be in Medicare, and then people have the ability to choose between Medicare and their current coverage if they have employer-sponsored coverage,” Tanden said. “There is a wide and healthy debate from Medicare as simply an option to single payer.”

A 2018 study by the libertarian Mercatus Center at George Mason University found that Sanders’ single-payer plan would raise federal spending by a startling $32.6 trillion over a decade, but lower overall U.S. health expenditures by $2 trillion. That means taxes would have to rise sharply to cover the cost of universal coverage but Americans would also save money in premiums and out-of-pocket medical costs.

Yarmuth said the term “Medicare for All is kind of a metaphor or a Rorschach test that means a lot of different things to a lot of people,” whether it’s mandatory or optional for everyone who wants it.

House Democratic Caucus Chair Hakeem Jeffries of New York said Tuesday that the conference is unified around the “principle” of universal coverage and will keep discussing “pathways” to the goal, but “our focus remains on what we can get done for the people of this country now.”

Some progressives see a long-term victory in having shifted the conversation so that moderates favor a government-run insurance option, which was excluded from the 2010 Affordable Care Act because of centrist Democratic opposition.

“We’ve moved the needle a little further on that,” said Representative Jared Huffman, a California Democrat who’s cosponsoring Jayapal’s bill. “There’s overwhelming support for the goal of universal coverage or Medicare for all. There is a breadth of opinion on how you get there, how quick you get there — incrementalism versus the whole enchilada. I think we will get there incrementally. I don’t think you’ll go all the way there in one policy leap. But we’ve got to keep out eye on the prize.”

Huffman said the Wednesday’s hearing is about shaping public option for the long haul.

“We are demystifying the whole notion of Medicare for All, and helping more of the American people understand that this is not some radical socialist scheme,” he said. “This is simply a more orderly way to provide a basic level of health insurance.”

The rise of workplace wellness: A history

For wellness practitioners, it is clear that the more things change, the more they remain the same. 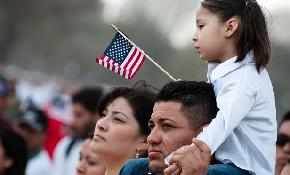