Broker-dealers can be expected to err on the side of caution when recommending 401(k) rollovers to IRAs when the Securities and Exchange Commission’s Regulation Best Interest becomes the new standard of care come July 2020.

“I think firms will come out of the gates very conservatively,” said Jason Roberts, an ERISA attorney and CEO of the Pension Resource Institute, a compliance consultancy to financial institutions and retirement plan sponsors.

In its final rule, the SEC made rollover recommendations subject to Reg BI’s Care Obligation, which requires brokers to place the best interests of investors before their own when handling qualified retirement plan assets.

Rollover recommendations will have to satisfy a considerably higher standard of care relative to FINRA’s existing suitability requirement, said Roberts.

“If I am a retail adviser or broker, my only requirements that are rollover-specific are under FINRA’s objectivity requirements—I can’t present a rollover as the only option to a client,” explained Roberts. “Right now, they are relatively unencumbered.”

Going forward, rollover recommendations will have to undergo a more thorough vetting. The SEC commits several pages of discussion in its final rule to the considerations brokers must make to assure a rollover is in an investor’s best interest.

As with all recommendations to buy, sell, or hold a security, brokers will have to consider retail customers’ specific investment profiles when recommending a rollover, as well as “a variety of additional factors specifically salient to IRAs and workplace retirement plans,” the rule says.

Generally, those factors include fees and expenses, level of available services in workplace plans and IRAs, available investment options, ability to take penalty-free withdrawals, required minimum distributions, protection from creditors and legal judgments, and employer stock, among other considerations, according to the rule.

“The SEC went out of its way to say a more expansive number of investment options does not cut it,” notes Roberts.

At the outset, the new requirements can be expected to stem some rollover transactions that would have otherwise been made, he said.

Specifically, Roberts thinks non-retiree rollover transactions—from a job change, for instance—will be less common, at least until the practical application of the rule is established.

“I expect a pull back in rollover volumes to begin with, but we will see it pick up again as enforcement becomes clear and firms get more comfortable with compliance,” said Roberts.

A reluctance to fall in the first tranche of the SEC’s enforcement actions will lead some firms to be gun-shy on rollover recommendations.

“Are advisers going to be inclined to make the recommendation? They may pass up lower-balance rollovers they would otherwise pursue,” said Roberts. “There is quite a bit of work in getting all the information on an employer’s retirement plan that will be needed to make a rollover recommendation.” Some firms may not be willing to do that legwork for smaller accounts, he said.

One option available to broker-dealers is to charge customers for the comparative analysis to recoup lost time in the event a rollover is not in a client’s best interest, a practice Roberts says would be allowable under Reg BI.

Documentation of all rollover inquiries—not just the instances where a rollover is made—will be critical. Firms that do not document when an analysis proves investors are better off keeping money in workplace plans risk looking as if they are over-aggressively marketing rollovers.

“Firms are going to have to retain documents when they found the rollover was not in a client’s best interest. Otherwise all that will show up is the rollover recommendations,” said Roberts.

Rollovers were a key target in the Labor Department’s fiduciary rule, which was vacated by a federal court in 2018.

Before that, and as industry approached the final full implementation date of Labor’s rule, concerns were raised that some firms were behind the 8-ball in their compliance preparations.

And some firms were better positioned.

“If you were doing what you should have been doing leading up to the DOL rule, then rollover compliance will get checked off the list under Reg BI fairly early in home offices,” thinks Roberts.

The rollover component of Reg BI may prove to be one of the easiest parts of the entire regulation with which to comply, due to its proximity with Labor’s fiduciary rule.

Still, home offices will have to get comfortable with the rule. That will take time, and is likely to result in slowed rollover activity, at least initially, thinks Roberts.

The SEC is also expected to issue additional interpretations of the rule, as it relates to rollovers and all securities recommendations. Commissioner Hester Peirce indicated as much in her comments prior to voting to pass Reg BI.

“That will take months, if not years,” said Roberts. “Firms will have to prepare to be adaptive.

In a recent survey, brokers said they're seeing an increased demand for price transparency services among employer clients. 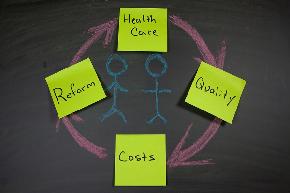 What health care reforms would purchaser coalitions like to see?

Those who purchase insurance on behalf of employers would prefer to see market forces take the lead in reshaping health care. 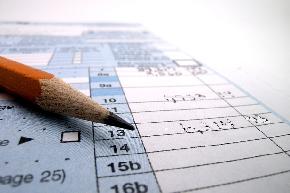 Of course you knew there'd be taxes.