As more states pass their own individual mandate, most will most likely layer on their own version of employer reporting requirements.

When the Affordable Care Act’s (ACA) Individual Mandate provision was reduced to zero at the beginning of 2019, many of the country’s employers viewed it as the end of the requirement. Some states, however, saw an opportunity to stabilize their market and create revenue streams that would support health initiatives within their own borders. In fact, New Jersey, the first state this year to pass its own individual mandate, expects to collect $90 million to $100 million in penalties. The state plans to direct those funds to its new Health Insurance Premium Security Fund, which is designed to help pay the claims of New Jersey residents who are catastrophically ill.

Washington, D.C. also passed an individual mandate this year, and other states are lining up.

Related: Health plan ‘down payments’ and other attempts to keep the individual mandate alive

Why should employers care? Because, as New Jersey and Washington, D.C. have proven, each state that passes an individual mandate will most likely layer on its own version of employer reporting requirements, as well. Let’s take a closer look at what’s been enacted so far.

Massachusetts was the first out of the gate to enact its own individual mandate, which officially took effect in 2006. This mandate was actually the model for the federal provision included in the ACA. Under the Massachusetts mandate, adults who do not have healthcare coverage are subject to penalty. Data from 2016 shows that more than 97 percent of all Massachusetts residents have health insurance, the highest percentage in the country.

Beginning in 2019, New Jersey residents are required to secure health insurance or pay a fine of either 2.5 percent of their household income or $695 per adult and $347.50 per child, whichever is greater.

Just as was necessary with the federal mandate, New Jersey’s mandate requires employers with employees or COBRA participants who have resided in the state at any time over the past year to provide information on insurance coverage. This includes the submission of Forms 1094 and 1095 for New Jersey residents, in addition to the standard ACA IRS filing.

New Jersey requires Federal Forms 1095 and 1094, including applicable resident information, to be submitted to the state by March 31, 2020.

An important factor to keep top of mind: Any out-of-state employer that employs residents of New Jersey has the same filing requirements as businesses located in New Jersey.

While the individual mandate will apply to most District residents, there are several exemptions that individual tax payers may be eligible for, including:

Failure to meet minimum health insurance requirements will expose District residents – and employers offering coverage – to potential fines. In the District, these fines will be determined by the end of September each year. For the 2019 tax year the penalty is the greater of $695 per adult individual and $347.50 per child or 2.5 percent of a household’s income. The initial round of penalties will appear in 2020 and will be assessed based on information for the 2019 tax year.

Similar to New Jersey, the new mandate means that employers who employ District residents must file Forms 1094 and 1095 with the District.

Vermont, Rhode Island and California have all passed individual mandates for 2020. Other states that are considering adopting a state-based mandate include Connecticut, Maryland, Hawaii, Minnesota and Washington.

While many unknowns remain, we at Health e(fx) expect that states adopting a mandate requiring individuals to carry coverage will need a way to validate that an employee has coverage either on the exchange or through their employer. This latter validation will likely come through a state tax form. And, while many states, like New Jersey, will likely assume forms and penalties that mimic the federal ACA’s forms and penalties, it remains to be seen what each state ultimately decides and what data submission method each state requires.

The one certainty is that compliance complexities for employers will mount as individual states come up with their own individual mandate requirements. 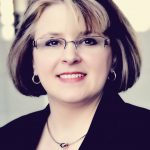 Millennials in a quandary about health insurance exchanges

Of the 30% of millennials without health insurance, one third said they don’t know they can get coverage on the exchanges. Trump said he wants the Supreme Court to kill the ACA but believes his team has improved it. Among voters concerned about health care, however, Joe Biden has an edge.

By the Numbers: The Unintended Consequences of HDHPs

Use this tool to explain to clients the realities of deductibles and employee financial strain.

As you tailor your open enrollment strategies for success, don’t overlook vision care.

As you help clients tailor their open enrollment strategies for success, make sure they don’t overlook vision care.