Diabetes taking its financial toll in the workplace

Diabetes continues to be a complex issue for both employers and employees.

Diabetes is definitely taking a toll on both workers and the workplace, according to “Secrets & Solutions,” a survey report commissioned by Roche Diabetes Care.

Opinion Research Corp. polled 201 U.S. benefits decision-makers at self-funded companies on behalf of Roche, and found that a substantial majority (70 percent) say that “finding solutions to the human and financial burden of diabetes in the workplace” keeps them up at night.

“Diabetes doesn’t quit, and benefits decision-makers are very aware of the day-to-day physical and emotional demands of the condition on their employees and the resulting impact on the bottom line,” says Adam Berman, director franchise marketing, Roche Diabetes Care.

Diabetes burdens workers, according to the survey. Two in three (67 percent) respondents believe their employees with diabetes find everyday management of their condition “feels like a second full-time job.”

While most (81 percent) believe workers with diabetes keep their condition a secret, an even greater percentage (91 percent) believe employees would be more inclined to speak up if they could receive a company-sponsored program that simplified diabetes management.

While the topic of diabetes is often hush-hush in the workplace, nearly half (43 percent) of the respondents estimate that at least a tenth of their employees have the disease–and a few (8 percent) say it’s even higher within their workplace, estimating they have one in five diabetic workers. Nearly half (47 percent) believe prevalence of pre-diabetes is 10 percent or more; 12 percent estimate 20 percent prevalence.

Diabetes also impacts employers’ bottom lines, according to the survey. The vast majority (86 percent) of respondents believe that the difficulty many workers have managing their diabetes is responsible for their absenteeism and 29 percent of employers have experienced increased administrative costs managing absenteeism. Nearly one in three (29 percent) have experienced increased costs to replace workers due to diabetes-related absence.

Moreover, a third (32 percent) of respondents cite indirect costs of diabetes resulting from fatigue, understaffing and reduced productivity, and a quarter (23 percent) say other workers suffer from poor morale when they are forced to perform work to cover absent coworkers not able to manage their diabetes well.

One solution? Most (95 percent) of the respondents agree that a company-sponsored diabetes support package would ease the human and financial burden.

Drilling down, 49 percent say helping employees to keep their blood sugar within an appropriate range has a tangible value for both the individuals’ well-being and the company’s bottom line; 90 percent think their employees with diabetes would value company access and time to monitor blood sugar and/or take insulin injections; 84 percent believe a company-sponsored program that simplified their diabetes management would contribute to increased productivity; and 89 percent agree a company-supported program that would support employees with diabetes could lead to higher quality of life and reduced sick time and related expense.

“The survey finding that 90 percent of decision-makers believe their employees with diabetes would feel more empowered at work if they had a company-supported program to help simplify everyday diabetes management is a powerful motivator for us at Roche,” Berman says. “The RocheDiabetes Health Connection workplace diabetes program helps employers partner with their employees with diabetes to gain better control of blood sugar levels and feel more confident at work and demonstrate the financial benefits to the company bottom line and reputation as a caring employer.”

Short-term health plans had a great year in 2019

Enrollment in short-term health insurance policies through association programs increased to 2.2 million in 2019, from 600,000. 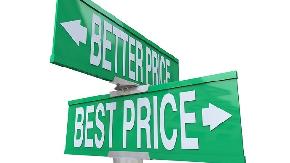 Medicaid insurers, once reluctant entrants to the ACA marketplace, have found their stride.