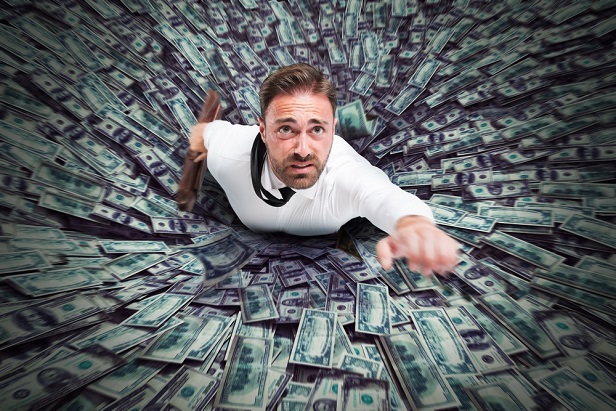 According to Experian, boomers— those closest to retirement or already retired—have the second-highest balances of student loan debt.

And as of the first quarter of 2019, those balances rose by 7 percent over the previous year. Balances averaged $34,703—outdistanced only by GenXers, whose student loan debt at the same time averaged $39,584. 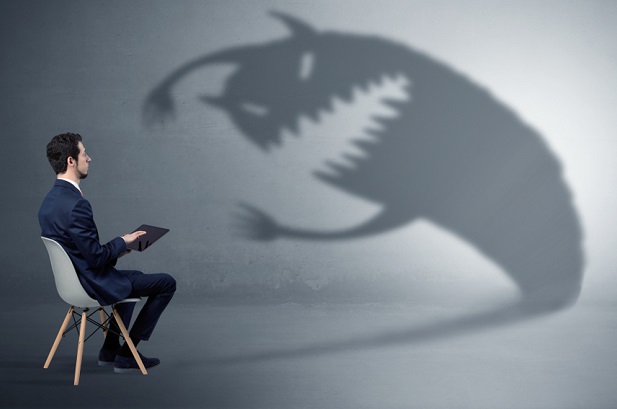 Yes, that’s trillion with a t, and that doesn’t bode well for retirement savings.

Another joyful little tidbit from Experian finds that boomers carry an average debt load of $95,095, according to data for the fourth quarter of 2018.

That’s higher than any other generation but GenX, whose retirement picture looks really frightening considering that their average total debt load is $134,323. According to the Employee Benefit Research Institute’s 2019 Retirement Confidence Survey  80 percent of workers think they will be able to work for pay in retirement, yet only 28 percent of retirees report that they have actually done this.

Planning on work that just vanishes like a ghost after retirement will haunt you if you don’t have a Plan B. 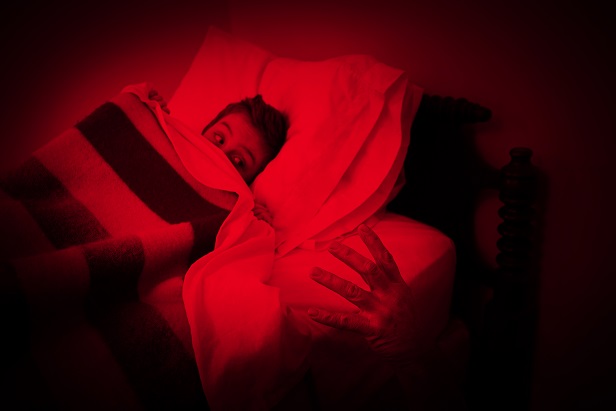 7. Financial illiteracy is the monster hiding under the bed.

One thing that gets people into trouble with money is a complete lack of understanding about how it works and where the pitfalls are.

And it’s not just making poor decisions about money, but how that lack of knowledge affects the kinds of jobs people can get.

That's according to a survey conducted by the National Financial Educators Council, 5.2 percent of respondents said they’d been turned down for a job because they lacked financial knowledge, and 18.2 percent said they weren’t sure. 6. Spending more than one’s income is begging for trouble.

According to the FINRA Investor Education Foundation’s U.S. Financial Capability Study, only an average of 40.5 percent of U.S. residents report spending less than their income.

That means that the majority of people are overextended. 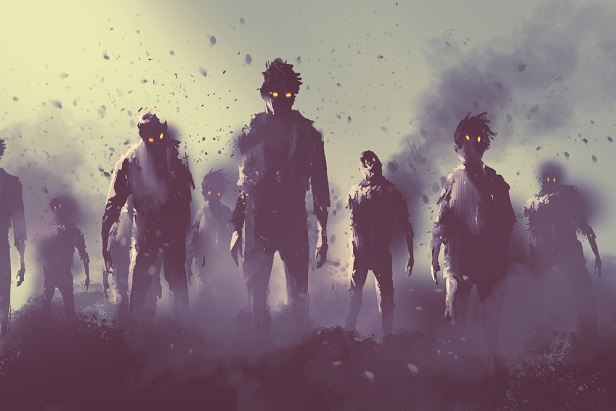 5. Zombie debts can pursue you if you don’t track your credit.

Debt collectors can revive old debts that have been paid or that have expired.

That's according to NerdWallet, and to combat that sort of revenant you need to be vigilant about examining your credit report and battling the would-be creditors that would try to collect the same debt over and over again.

It suggests keeping all your data together, requesting a debt validation letter, and challenging any debt you don’t believe you owe.

If you do owe it and can pay, get it over with. If you owe and can’t pay, get help in resolving the issue. 4. A fifth of Americans save nothing at all.

That means there’s nothing available not just for retirement, but also for any financial emergency—health, car, you name it—that may come along.

According to Bankrate.com, not only do so many save nothing at all but another 20 percent save less than 5 percent of their income—which for many won’t go far if and when they need it. 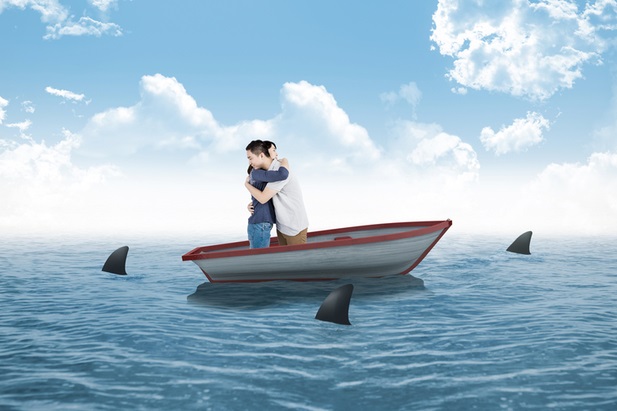 3. That raise in wages this year? Couldn’t keep up with inflation.

MarketWatch reports that no matter how much they tell you the economy is thriving, when your wallet tells you otherwise, believe your wallet.

Data from PayScale, it says, indicate that people actually lost ground in 2018, adding that when adjusted for cost of living increases, real wages actually declined 1.3 percent since the end of 2017.

The PayScale Index, a formula from the Seattle-based salary comparison site, found that the median wage increases, when adjusted for inflation, were only 1.1 percent since last year and 1 percent over the past year.

But that wasn’t enough to bring real wages “out of the red for the year,” it said in the report. 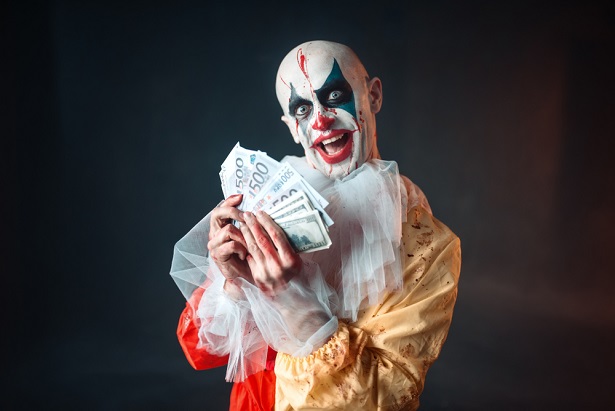 2. A third of Americans have debt in collections.

The Urban Institute reports that about 35 percent of Americans who have a credit file—some 77 million people—have debts that have gone into collection.

According to their report, they owe an average of $5,178 (median $1,349), which involves a nonmortgage bill, such as a credit card balance or medical or utility bill, that is more than 180 days past due and has been placed in collections.

In addition, 5.3 percent of people with a credit file have a report of past due debt, meaning that they’re behind on a nonmortgage payment by 30–180 days.

Both debt in collections and debt past due, it adds, are concentrated in the South. 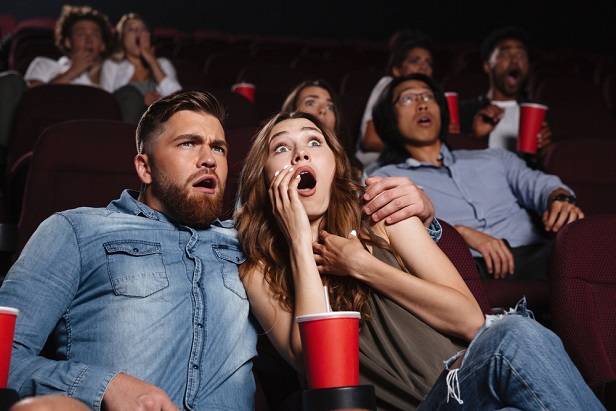 It may not make up for all the savings Americans aren’t socking away for retirement, but simply by eliminating credit card interest the population as a whole would have $113 billion more to save—or to use to pay off other bills.

According to Magnify Money, that number is expected to grow.

The total interest paid in 2019 is expected to top $122 billion; that’s another $9 billion more than the $113 billion than is already being paid annually.

What sets an American worker’s heart racing with fear? It’s not Halloween but finances — debt, medical bills, emergency expenses, and more. Plus for many in their 40s and 50s, there’s the additional dread of a retirement with little money.  In fact, for many, retirement is now a question, not an answer.

It’s not that there aren’t things that can be done. But this is an age of acrimony and gridlock (after all, the House has passed bills that are sitting in the Senate waiting fruitlessly for votes).

So it might be up to individuals, employers, and the states to face the monsters of financial illness and retirement unreadiness.  The gallery above shows the cold, hard statistics that are enough to at least raise goose bumps for many of us.

Survey: CHRO leads DEI efforts at more than half of employers

Wondering how your DEI planning compares to other companies? Here are a few insights.

The high financial price paid by victims of sexual harassment