Lowering the age of eligibility would allow approximately 1.5 million to 2.5 million more people to be insured.

Expanding access to Medicare through proposed “Medicare buy-in” legislation would have only a modest effect on costs and coverage in the United States, a new study by the Urban Institute finds. Still, the programs, which would allow Americans under 65 to buy Medicare plans, would allow approximately 1.5 million to 2.5 million more people to be insured under Medicare, and would result in slight spending decreases because Medicare reimbursements are set lower than commercial insurance options.

The new study looks in detail at legislative proposals that have gained attention in recent years. The overall goal of these plans is to make Medicare available to those in the 50-64 age group, some of whom are uninsured or underinsured due to affordability issues with insurance plans currently in the market.

Related: Deep dive: How health policy is expected play out under the Biden administration

Two plans that the study looked at are the Medicare at 50 Act, sponsored by Sen. Debbie Stabenow (D-Mich), and the Medicare Buy-in and Health Care Stabilization Act of 2019, sponsored by Rep. Brian Higgins (D-NY-26). The study mentions that President-elect Joe Biden has suggested another alternative: lowering the Medicare eligibility age to 60 and creating a public option plan that gives all American the option to buy a plan similar to Affordable Care Act (ACA) marketplace plans.

An alternative to Medicare for All

In 2020, Democratic candidates debated controversial “Medicare for All” proposals that could radically re-design the nation’s health care system and end the employer-based health insurance model—which is how most Americans currently are covered.

Other less-disruptive plans have also been considered, including Biden’s public option and the Medicare buy-in proposals. With Biden’s election, a bipartisan compromise is more likely.

The new report looked at the implications of a base Medicare buy-in approach and several variations that could be considered, such as using different age restrictions; allowing those with employer-sponsored plans to buy in to Medicare; modernizing benefits to include dental, vision, and hearing services; and providing additional subsidies.

Small, but significant impacts of a Medicare buy-in plan

The study found that overall, a base Medicare buy-in plan to lower the eligibility age to 50 would have a limited impact—about 2.1 million people would choose to participate in the program, the researchers estimated, with most coming from ACA marketplace and non-group plans.

The base buy-in plan would attract primarily Americans with higher incomes who might currently be in ACA or nongroup plans—the new approach would effectively provide a cheaper option for them, since most don’t qualify for subsidies under the ACA.

One negative outcome would be a slight increase in uninsurance among those under 50 in the nongroup markets. The report found that premiums and out-of-pocket costs for younger members of these plans would increase as some over-50 members would no longer be contributing to that insurance pool. An estimated 110,000 more Americans would be uninsured because of this.

The impact of ending the employer-sponsored insurance (ESI) firewall for this type of plan is discussed only briefly in the report. The researchers said there would not be a big movement of employees to the Medicare plans if the firewall was removed, but that the change could save U.S. employers $3 to $6 billion overall in health plan costs.

The report said that single coverage for enrollees, before tax credits, would see an annual decline from $8,843 to $8,371 in premium costs. Total health care spending for those switching to the Medicare option would also decrease; from $9,789 to $8,944 annually, because of the buy-in plan’s lower provider payment rates.

“On net, the base buy-in policy would reduce aggregate health care spending by about $1.8 billion (about 1.0 percent),” the report said. “This reflects a net decrease in spending of $2.8 billion (-3.4 percent) for older adults and an increase in spending of about $1.1 billion (0.9 percent) for people under age 50.” Federal spending would change less than 0.1 percent, the report said, because increased spending on buy-in tax credits would be largely offset by reduced spending on marketplace tax credits.

“The main finding from our analysis is that a Medicare buy-in policy’s potential to substantially expand health insurance coverage is limited given the subsidies already provided under the ACA,” the study concluded. “Buy-in enrollment does not exceed 3 million in any of our scenarios, including ones with lower premiums or much more generous subsidies than the ACA provides. What the buy-in policy primarily does in the scenarios we modeled is take advantage of lower provider payment rates and thereby increase coverage generosity and reduce out-of-pocket spending for beneficiaries.” 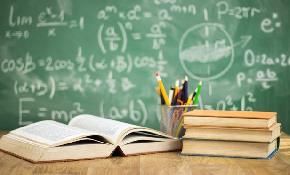