You’ve already heard all about the $1,400 checks in the latest stimulus.  But what you probably haven’t heard about are the huge changes… 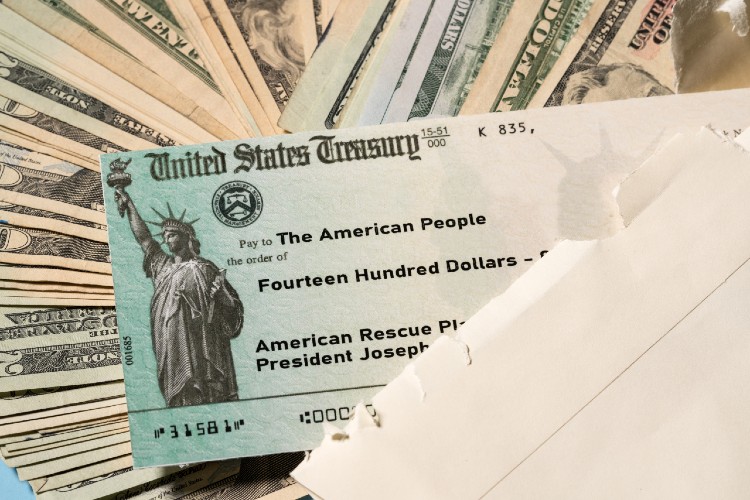 You’ve already heard all about the $1,400 checks in the latest stimulus.  But what you probably haven’t heard about are the huge changes to health insurance that came with The American Rescue Plan of 2021.  Specifically, changes that put brokers at tremendous risk of losing a lot of their book throughout this upcoming year.

Here are three hidden reasons why brokers need to not only keep an eye on the details behind the third stimulus, but more importantly, why they must start leveraging new opportunities to actually grow their business.

Individual plans are cheaper than group

Group plan costs have been increasing annually by 3% to 5% for years.  The cost of individual plans, however, is not largely based on the plan cost itself, but much more around the household income of the family.

Depending on which Federal Poverty Level (FPL) the individual falls under, they’re only expected to pay a certain percentage of their total income for the silver benchmark on the Marketplace.  Not only that, but the individual plan costs are even more stable than group plans.

On top of that, individual plan costs have now been cut in half.

Every FPL has a slightly different expected household contribution limit.  For example, a family at the 229% FPL would have been expected to pay 7.6% of their income toward the silver benchmark.  But the change in calculation in the American Rescue Plan lowers that cost to 3.2%.  And if you average all costs between 100% and 400% FPL, the expected household contribution goes from 6.78% all the way down to 3.41%.

Again, individual plans were already winning and now their cost has been cut in half.

It is true that if an employer offers an IRS-affordable traditional group plan, individuals would not qualify for any subsidies. But due to the increase in these subsidies — the increased discounts and plan costs being cut in half — this amount of personal savings means individuals will be begging their employers to cancel their overpriced group plans so they can go out on their own.  And it’s already happening.

Now everyone can qualify for discounts

One of the most profound gaps in accessibility for the Affordable Care Act was the infamous “400% FPL subsidy cliff.”  This is the threshold where an individual would no longer be able to receive any subsidies on their plan.  The impact was quite dramatic, costing thousands of dollars for even the smallest of changes.

Example:  An individual spends $10,000 annually on insurance.  But oddly enough, if that individual made $3,000 less, they would actually be able to get that same plan for just $3,000 per year.

The gap was great.  But the gap has now been bridged.

As mentioned earlier, the FPL of an individual is based on the federal benchmark for the ratio of household size and household income.  Under 100% would qualify for Medicaid, and between 100% and 400% would qualify for discounted insurance plans.  The top level was previously at nearly 10% of expected household contribution, but that has now been lowered to 8.5%, as well as capping that expense for everyone above.

And this is not just for small to mid-market employers.  Even Applicable Large Employers (ALEs) are starting to just bite the bullet, cancel their group plans and simply budget to pay the “penalty” (the ALE Shared Responsibility payment) instead of hassling with the endless year over year increases.  It’s not just small clients that are at risk of being lost—this goes for all of them.

Currently, these levels are set to expire after this 2022 tax year; however, these changes are unlikely to go away.  Talk is already happening in Washington D.C. about making these subsidy changes permanent.  It is not outside of the trending precedence for executive orders to offer another temporary extension of these changes—and imagine being the political party that let them expire?  Or worse, imagine being the broker who didn’t tell their client first.

Businesses were already bleeding and their anemic state was only worsened by the COVID-19 pandemic.  And while the Paycheck Protection Program was helpful, it couldn’t stop the coming group health insurance train wreck.  The latest research projects group health plans could go up between 10% and 18% during renewal season at the end of 2021.

For over six years, employers have been cancelling their group plans and just giving their team taxable dollars to spend on individual plans.  In 2015, the IRS even confirmed this was a legal solution.  Individual Coverage HRAs (ICHRA) were already poised to overtake around 25% of the group market in 3-5 years, presenting the new wave of 401(k)-style health benefits instead of the outdated pension-style product-focused benefit.

ICHRA was intended to be helpful to higher wage earners, but with subsidies now being unlocked for everyone, and those subsidies cutting costs in half, wage increases should be expected to grab all of those ICHRA-interested employers and give them an immediate solution to positively impact their cash flow without hurting their team while they do it.

Also: How will the Biden presidency impact employee benefits?

Brokers who are unprepared for upcoming increases and who remain passive instead of actively preparing for what’s coming will be absolutely devastated.  When something new happens, old methods stop working.  The only way to stay in the game is to move beyond merely understanding these new changes to actually leveraging them.

ABCs to keeping your clients

So you understand the risk of not stepping into the future of health benefits, but introducing an innovative concept is tricky.  Good news!  Here are the ABCs to begin to discuss this with your clients:

A: All alone — If your clients haven’t already started to contemplate just giving their people a bump in salary and sending them to find their own plans, they will. But what’s essential for them to know is that by sending employees out all alone to the Individual Marketplace, they’re sending them to be eaten alive.

Many employees will feel paralyzed. Others may make a decision that leaves them uninsured, which is a tremendous social collateral risk for the organization.  (Imagine someone incurring tremendous medical debt because of this?)  Other employees risk overspending because they purchase an overpriced copay plan when they should have been investing into an HSA.

Ensure employees get pointed in the right direction and have everything they need to not waste the money that’s given to them, while making sure they’re actually kept safe with good coverage and strong support.

B: Better tools — The worst thing for the employer to do is assign some abstract, flat dollar amount to each of their employees without having any context for what those dollars can actually get the team.  Sure, they’ve unlocked subsidies and made the first step toward the 401(k) style of health benefits, but they have no idea whether they have provided too much or too little.  And having a less-than-organized approach might work with current staff, but the “stipend model” leaves much to be desired from new hires.

Software to help employers has been emerging for years now, but most have been tracking in the wrong direction, aiming more at HRAs.  But none of those HRA solutions help the employer unlock tax credits, nor do they help the broker to keep their clients.

However, there are software solutions that empower employers with compliant insight into the needs of their team and provides total budget control.  Better yet, they work with brokers to ensure opportunities to maintain steady revenue streams while ensuring the client stays satisfied.  Win-win.

C:  Captain American Rescue Plan — You can be the hero of health benefits instead of the villain.  You can help take your clients into the future instead of trying to keep them stuck in the past.

Don’t align yourself with what’s caused the bleeding. Instead, help your clients to discover what’s possible with health benefits and start healing.  Help your clients regain resources so they can better care for their employees and control costs. The future is now.

Your first step is to be ready to sell individual plan.  You may need to get appointed, be commissioned, or even get an improved certification, but it is worth it.  Remember, move forward, not backward.  Lead your clients, don’t make them drag you.  Because eventually they’ll just let you go.

Your second step is to find a software that empowers you in your journey.  Health insurance is always changing, but having the right tools can help you be ready for anything that might come your way and to help your employers protect their employees from anything that comes their way.  After all, planning for the unknown of the future is what insurance is all about.