Texas, Florida, and Arizona census figures reveal an American economy where there’s more growth coming from people who are moving to end their career rather than advance it.

(Bloomberg Opinion) — One of the most important trends to emerge from the 2020 Census didn’t get much attention last week, but it reveals more about how both the U.S. economy and its politics will look in the coming years than most other details focused on by the news media. Americans’ vision of their city of the future typically involves skyscrapers populated by large new technology companies. Yet the 2020 Census didn’t point to San Francisco or New York as the fastest-growing city, or even one of the dozens of smaller metros that emulate them. The fastest growing metro area in the U.S. is the Villages, a retirement community in central Florida.

And that’s indicative of an economy that’s older, less dynamic and more reliant on government benefits. It also points to a growing concentration of political and economic power in the south. This shouldn’t be surprising, as Americans are getting older. The median age is estimated to be about 38.5 in 2020, up from 37.2 in 2010, which was higher than the 35.3 median age in 2000. This reflects the long running trend of aging baby boomers and lower birth rates.

Employee morale and financial health: What employers need to understand

Financial health is at the bottom of employees’ hierarchy of needs, impacting physical and mental health. 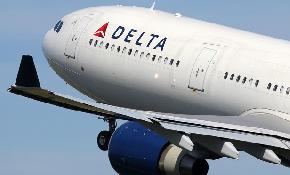 Delta Air Lines' health insurance surcharge: Is it legal, and five other questions you may be asking

Delta's penalty, which amounts to $2,400 a year, could toe some lines and may be vulnerable to legal challenge.