Planned Parenthood may push to get funds from Kan.

Planned Parenthood may return to federal court to force Kansas to immediately release federal funds for the group's non-abortion services because it doesn't believe the state is complying with a judge's order, the leader of its regional chapter said Thursday.

TOPEKA, Kan. (AP) — Planned Parenthood may return to federal court to force Kansas to immediately release federal funds for the group’s non-abortion services because it doesn’t believe the state is complying with a judge’s order, the leader of its regional chapter said Thursday.

President and CEO Peter Brownlie told The Associated Press that Planned Parenthood of Kansas and Mid-Missouri has not received any family planning funds from the state, despite an Aug. 1 order from U.S. District Judge J. Thomas Marten, of Wichita. Brownlie said the group has been consulting since last week with its attorneys about the issue. 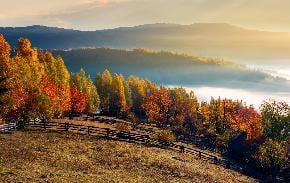 When I met Genevieve and Robyn at the Broker Expo in August, I was in awe of their presence, demeanor and their sense of calm. It’s no surprise that these ladies have both learned a great deal about balancing their lives as they take on new challenges.