With so much media and legislative focus aimed at the Medicare Advantage program, news about traditional Medigap plans has been rather sparse, and what news there has been has not been positive or promising.

The Department of Health and Human Services recently drew fierce rebuke from government auditors for its plan to earmark more than $8.3 billion in 2013 to Medicare Advantage plans that were previously scheduled to have massive funding cuts. The money would be paid out as “demonstration project bonus payments” to Medicare Advantage insurers in 2013, which likely would result in the MA plans being able to keep benefits to beneficiaries at the current levels, or even improved in some cases.

The reason for the media frenzy is the timing of this rather generous bonus money. Under the Patient Protection and Affordable Care Act, hundreds of billions in scheduled cuts to Medicare Advantage subsidies should begin to take effect with the 2013 Medicare Advantage plans. GAO auditors suspect the administration is attempting to use these demonstration project dollars to delay the cuts in Medicare Advantage plan benefits until the year after the presidential election.

How to work a room: Networking with people after a year away

You might know all this stuff, but you might be rusty. It’s time to get back into shape for social prospecting. 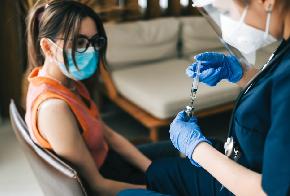 More businesses mandating vaccines, but are employees on board?

Corporate leaders are also worried about backlash, attrition and turnover in an employee market.