How do you translate the knowledge of behavioral finance into the language of the common man?

The call came unexpectedly in late spring. I couldn’t believe it. In fact, I didn’t believe it. I was being invited to speak at “The Show.” For those, like me, who enjoy floating in the rarified air of behavioral finance, “The Show” is the annual meeting of The Academy of Behavioral Finance and Economics. It’s a gathering of mostly full-blown professors and post-doc researchers with a smattering of practitioners, who, again like me, fancy themselves as armchair academics. That I would be asked to present in one of the breakout sessions was an honor too good to be true.

And when, some three months later, they failed to call back I thought it was too good to be true. But the call eventually did come, albeit a few short weeks before the date of the conclave in Chicago. With such short notice, I found all the usual $300 hotel rooms already booked. A quick internet search revealed a hotel only two blocks away with fourteen rooms available at a price nearly half that of the competition. It was only after I voraciously booked the room that I figured there must be a reason why this hotel had so many vacancies and was so much less expense. Another quick internet search uncovered the answer. This hotel was haunted. 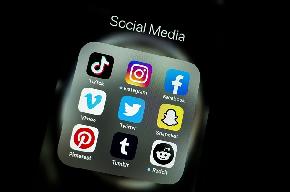