Much in the same way the wealthiest 1 percent of Americans hold a disproportionate share of the countrys riches, the top 1 percent of 401(k) plans owns a lopsided proportion of DC retirement assets.

Much in the same way the wealthiest 1 percent of Americans hold a disproportionate share of the country’s riches, the top 1 percent of 401(k) plans owns a lopsided proportion of defined contribution retirement assets.

Of the 540,000 active 401(k) plans as of the end of last year, 5,400, or 1 percent of sponsoring employers, held $3.06 trillion, or 71 percent of all assets, according to an analysis from Judy Diamond Associates, a provider of data and analytics tools for retirement advisors and plan sponsors.

Nonetheless, the asset ratio is still significantly out of balance in favor of larger firms.

“The market is extraordinarily top-heavy,” said Eric Ryles, managing director of Judy Diamond, which is owned by the same parent company as BenefitsPro.

The disparity is even more dramatic when narrowing things down to the nation’s 500 largest sponsors. Those plans hold $1.9 trillion, more than the plans in the 99 percent segment.

Ryles thinks this has ramifications for all plans.

“You’ve got 500 investment committees who are, essentially, dictating trends in retirement savings that can’t help but influence the rest of the market. That’s an enormous amount of influence concentrated in a very small number of hands,” Ryles said.

He said much of the imbalance can be explained by the fact that larger companies have been around longer. That means their employees have been contributing for longer, and those assets have had more time to mature.

By comparison, a start-up company with 20 employees who contribute the maximum allowed in their 401(k)s will only be adding $360,000 per year.

“Precisely because there is a cap on how much an individual can defer into their 401(k) plan, the amount of time a plan has been around has a direct relationship with how much money is in it,” explained Ryles.

“This results in more money staying in the plan,” with the larger plans, a notable factor in helping assets in larger plans grow even more, Ryles said. 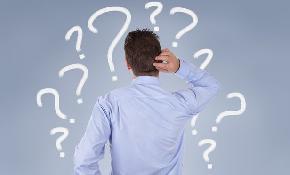 If employers aren’t sure how the benefits they offer work, how can they craft messaging to help their employees understand them? 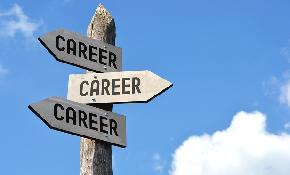 For many job seekers, the focus is less about a higher salary and more about finding a position with a brighter future.