The state doesnt have the ability to absorb the full, unfunded liability.

(Bloomberg) — Illinois’s remedy for the state’s worst-in-the-nation $111 billion pension-funding shortfall was disliked by lawmakers who voted for it, the new governor who inherited it and public employee unions who sued to void it.

Despite that, Attorney General Lisa Madigan on Wednesday was scheduled ask the state’s Supreme Court to resurrect it. 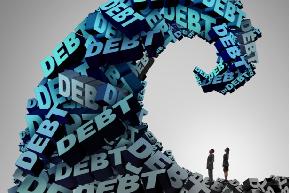