Educational reimbursement programs earned back almost a third more than the original cost for an ROI of 129 percent.

Concerns over mounting tuition debt has risen to become a central concern of many young professionals. While many companies have opted to help new hires repay the sums owed, firms that offer to help continue their workers’ schooling forge greater loyalty, and a growing number of companies have begun funding their own programs to promote educational advancement.

As a means of evaluating the tangible success of such initiatives, the Indianapolis-based Lumina Foundation, working in conjunction with management consulting firm Accenture, analyzed the education reimbursement programs offered by multinational insurance provider Cigna.

Between 2012 and 2014, more than 2,200 employees of the health care provider were compensated tuition costs up to $5,250 for undergraduate programs and $8,000 for graduate studies. So long as they were enrolled in fully accredited institutions, corporate policies would not interfere with the students’ choice of majors nor their selection of schools, whether private or public.

After designing a methodology with which to assess the venture’s measurable value as determined by the scholars’ rates of promotions, transfers, and general staff turnover once compared to aggregate company data, the Lumina study attempted to weigh any potential outcomes against the funds spent upon remunerated tuition, administrative overhead, and assorted fees.

At the end of the period discussed, according to Lumina calculations, educational reimbursement programs earned back almost a third more than the original cost for an ROI of 129 percent.

The think tank’s investigation, in their own words, “demonstrated that ERP is a valuable business investment – all three factors – promotions, transfer, and turnover – resulted in positive benefits, which translates into quantifiable cost avoidance for Cigna.”

Eventual survey data indicated a few troubling conclusions from the evident miscommunication between corporate proponents of higher education and the workers themselves. Despite the concerted beliefs of Cigna employees outside the ERP program, the students felt that their efforts were disregarded by management and unlikely to open future opportunities within the company.

The wage gains shown through Lumina’s exhaustive research, though, should quickly erase any qualms about ERPs usefulness for ambitious members of the workforce as well as the outsized rewards enjoyed by their employer. Even beyond the obvious advantages any business should accrue by accentuating the base of knowledge and skill sets of their team, the reputation of the firm as a whole will also reap the benefits of facilitating upward mobility.

Indeed, few strategies combine corporate self-interest with societal welfare. These forward-thinking companies, as Lumina Foundation head Jamie Merisotis noted, “help themselves as a business by educating some portion of their own future leadership ranks. And they help the communities where they operate.” 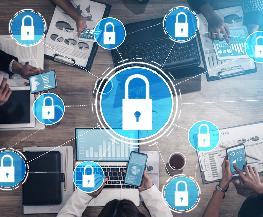