Don't be scared of a health insurance public option

Hillary Clinton and President Barack Obama have both come out in favor of a public option, but as long as Republicans control Congress the odds of its adoption are remote. Regardless, what would the economics of it be?

One of the big debates in health care right now is whether to create a public option for health insurance. Most observers of Obamacare agree that the big problem is private insurers pulling out of health-care exchanges. That leaves smaller states with only one or two insurers participating, which kills competition in insurance markets and raises costs.

Although there are many intermediate fixes available, some are suggesting bringing back an idea that didn’t make it into Obamacare — a public option, with government selling insurance to anyone who wants to buy it. Yale political scientist Jacob Hacker writes:

Obamacare could use improvements — and right now, the most critical of them is to add a “public option,” available in all parts of the country, that would allow Americans buying coverage through the Obamacare “exchanges” to enroll in a public insurance plan modeled after Medicare. A public option would increase coverage and create greater insurance competition.

Presidential candidate Hillary Clinton and President Barack Obama have both come out in favor of a public option, though as long as Republicans control Congress the odds of its adoption are remote. But regardless of its odds of adoption, what would the economics of it be? 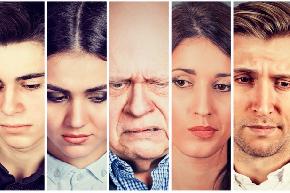