Can measures like ColoradoCare a single-payer health system amendment on Colorado's November ballot take universal health care from just a state issue to a national one?

In recent years, experimentation with single-payer and universal health care systems has largely taken place in the nation’s governmental laboratories.

Most of us call them states.

Some states — most notably Vermont — have investigated building a single-payer system for health care consumers within their borders. However, the hurdles were too great to overcome in the Green Mountain State and Gov. Peter Shumlin had to put a halt to single payer due to a very high price tag in 2014. Fast forward to the 2016 presidential election cycle, and the issue again cropped up in the campaign of Vermont’s own Bernie Sanders, who made universal health care a central plank in his socialist-minded platform.

Sanders created a lot of exposure for the idea, and several states — up to 20 by some estimates — have opted to explore single-payer or universal health coverage in the past few years.

As the Sanders campaign relented to the presidential bid of Hillary Clinton, the center of the debate this election year has turned to the Rocky Mountains, where residents of Colorado will see a universal health care system proposed on their ballot in November. (It may not come as a surprise that Sanders won the state’s Democratic primary handily.) 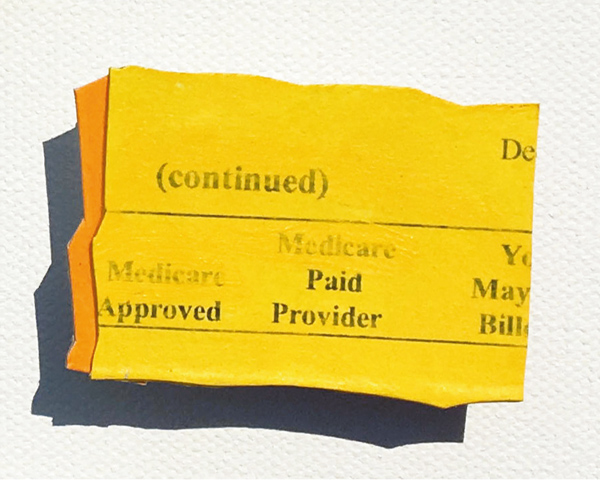 Like a few other states, Colorado has a ballot initiative process to bring questions directly to voters. Proponents of a universal system gathered 156,000 signatures—more than enough for the initiative to appear on the ballot—in support of adding what’s known locally as Amendment 69 to the ballot. If passed, the measure would add a 12-page amendment to the state’s constitution and create ColoradoCare.

In essence, Amendment 69 would create one large insurance group for the state that would be governed by ColoradoCare’s elected board of 21 trustees. Proponents call ColoradoCare a universal plan because some payers, such as Tricare, Medicare and Medicaid, would remain in place. In these instances, ColoradoCare would act as a supplemental policy.

Under ColoradoCare, there would be no deductibles and designated primary and preventive care services would have no co-payments. ColoradoCare would replace the state’s health insurance exchange.

To pay for the program, Colorado would collect a 10 percent payroll tax — 3.33 percent from the employee and 6.7 percent from the employer. Residents who are 65 years and older would see some of their retirement and Social Security income exempted from the tax, up to $46,000 for individuals and $75,000 for joint filers. While employers would still be able to offer their own health insurance plans to employees, the ColoradoCare tax would still be collected.

ColoradoCare would also have to apply for several waivers from federal programs — such as the ACA — and have the money redirected to the system. Owen Perkins, communications director for ColoradoCare, says that Colorado is the first state in the nation to apply for an ACA waiver.

“The ACA leaves roughly 6 percent of the population uncovered and roughly a fifth of the population underinsured,” says Perkins. “You wind up with a million people without realistic access to health care. It’s people who are required to get health care under the ACA, but they’re making too much for Medicaid and not enough for adequate care. They’ve got deductibles that make their health insurance inaccessible.” 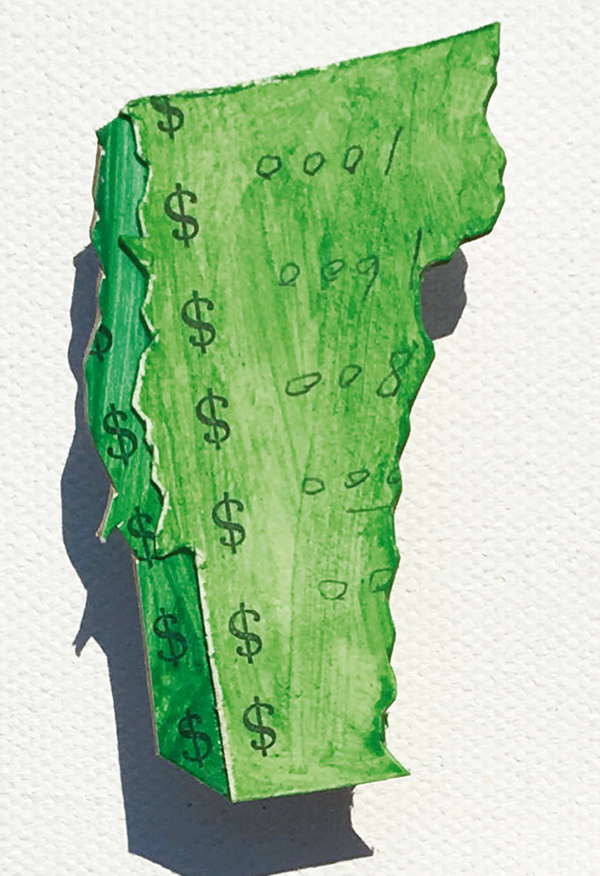 ColoradoCare proponents see health care as a fundamental right, like education and fire protection. They believe the system would reduce the overall amount Coloradans spend on health care, while improving quality and providing coverage for everyone. The system’s backers estimate that 80 percent of Coloradans will pay less under ColoradoCare.

According to ColoradoCare’s projections, the savings would come from reduced administrative costs, while increased purchasing power would give the system the ability to more aggressively negotiate prices with drug and medical equipment makers.

However, opponents of Amendment 69 say that the measure is short on details. They also point out that passage of the amendment would mean an alteration to the state constitution — a remedy too severe for the problem.

“The promise that a simple solution like combining all buyers into one block will result in more affordable care for all — unfortunately, it isn’t that simple,” says Joni Reents, president of the Colorado State Association of Health Underwriters and owner of the Reents Insurance Agency in Broomfield, Colorado. “And ColoradoCare is not the solution, but rather an experiment that will be embedded in our constitution.”

Reents also isn’t convinced that ColoradoCare’s savings will materialize over time. “When there isn’t enough money to keep up with the demand for health care, ColoradoCare will either have to ration care, increase taxes, reduce reimbursement, or some combination of the three,” Reents says. “Rationing of care in a single-payer model is accomplished by limiting access, which results in longer wait times.”

Perkins says that the quality of health care would actually improve because networks would be eliminated. Under ColoradoCare, patients would be able to choose their primary care physician, while doctors could send patients to other doctors without restrictions.

“Everybody on ColoradoCare gets the same access and the doctors get the full reimbursement,” Perkins says. “It also eliminates an incredible amount of bureaucracy for doctors because you do away with narrow networks of choice, so the doctor can send the patient to the provider they think is the best one and provide the best care.”

Perkins also points to ColoradoCare’s independence as a main benefit of the system. After attempts to push health care reform through the Colorado state legislature failed, architects of universal health care not only went with the ballot initiative process, they also proposed a system that’s largely free from government and private industry. However, the state would be responsible for collecting start-up taxes and the full tax if Amendment 69 were to pass.

“It’s not in the hands of the legislature, Washington politicians, or the corporate insurance industry,” Perkins says. “This takes it out of government hands, D.C. politicians’ hands and away from the groups who are focused on profits and puts it into the hands of Coloradans. It removes that interference between them and their provider.” 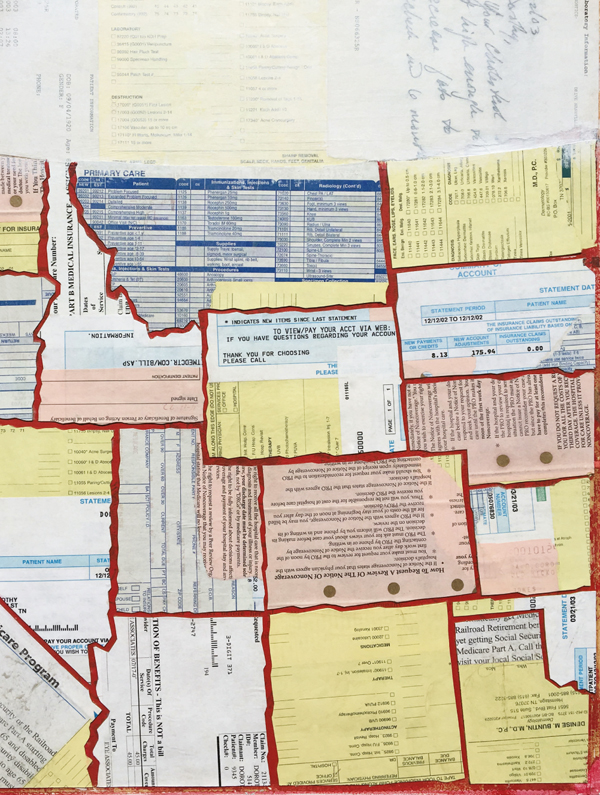 Health care is a large piece of the benefits industry, and benefits brokers and agents in Colorado, and around the country, are keeping a close eye on Amendment 69 this election season.

John Kirke, president of benefits and total rewards for IMA Inc., in Denver, says if Amendment 69 is passed, it would have a sizable impact on the benefits industry in Colorado. However, Kirke sees his fellow benefits professionals reacting to a potential passage of Amendment 69 much the same way as the industry reacted to the ACA.

“I would think that this business is so responsive to our clients that we would pivot,” Kirke says. “Our clients come to us for strategies; I think it would be a hit at first, but just like the ACA, we pivoted. We offered our clients services that they still needed. I think that if it passed, employers would add services above what Amendment 69 offers. Employers would still want advisors to help them distinguish themselves in the marketplace when they’re recruiting new employees. Our industry is creative; we would pivot to find new solutions.”

Kirke says his company has been working to educate people around the state about Amendment 69, mainly through a series of town-hall meetings. Those meetings, he says, are open to both IMA clients and non-clients. “What’s disconcerting to us in our industry is the assumption in Amendment 69 that all providers will play ball with whatever the new rules are, which are undefined at the moment,” Kirke says. “In my opinion, access would be limited as providers understand that the reimbursements to them are going to materially change.”

Kirke also points out that Amendment 69 could have a more far-reaching impact on Colorado’s economy than just the benefits industry. In recent years, the state has seen exploding economic and population growth. Kirke believes that Amendment 69′s passage could give business owners pause as they consider Colorado when starting or re-locating their businesses.

“Colorado is riding a wave of growth and we’ve been successful there,” Kirke says “But there’s no doubt in my mind that ColoradoCare would cause a business leader to question what else would Colorado be thinking from a tax standpoint. It’s a highly competitive market from Texas to Arizona to New Mexico in terms of competing for business, and we have to keep our momentum going.”

A state of complexity

Other states are also looking into single-payer or universal health care models. California, New Jersey and New York are all in various steps of the process.

Earlier this year, Oregon hired the Rand Corporation to complete a study about a single-payer system.

Colorado’s experience with Amendment 69 may well serve as an example for others working to institute a universal health care or single-payer system at the state level.

“How to reduce health care costs in this country while maintaining access to high-quality providers is an entirely different conversation,” Reents says. “If it were simple, we would have accomplished it by now.

People like to talk about these issues as if it’s a simple game, but the financing of health care isn’t like checkers — it’s more like chess, and we can’t provide solutions in 10-second soundbites.”