Getting to Know Millennials: Tips for Brokers

With 54 billion millennials in the workplace, demographics are shifting along with workers needs. Here, we offer a take-along guide to help your employer clients with communication, plan design and enrollment for their millennial workers.

The U.S. Census Bureau defines millennials as individuals born between 1982 and 2000 — a group that numbers 83.1 million, or more than one-quarter of the nation’s population. It has become the largest generation on record, surpassing the roughly 75 million-strong Baby Boomer segment.

That latter cohort is, of course, beginning to leave the workplace in droves — an average of 10,000 boomers are expected to retire each and every day. And the Pew Research Center says millennials accounted for nearly 54 million workers in 2015, a number that will only continue to rise as more of this generation enter the workforce. 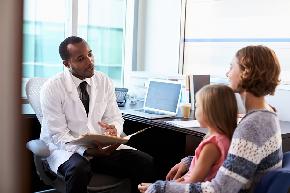 Nationally, only about 1 in 10 workers have access to employer programs that cover some or all of the costs for child care services — either on the job site or off. The health sector seems to be doing more: About one-third of U.S. hospitals offer child care benefits.