In a nod to the growing importance of such relationships, companies who rely heavily on contract workers are taking it upon themselves to promote ACA signups.

For the growing popularity of contract workers and the gig economy, such workers are often at a disadvantage when it comes to benefits such as health insurance. But in a nod to the growing importance of such relationships–and in some cases thumbing their noses at the Trump administration–companies like Uber who rely heavily on contract workers are taking it upon themselves to promote ACA signups.

The New York Times reports that many Silicon Valley companies are driving campaigns to publicize enrollment in health care plans through ACA marketplaces. It’s not the first time they’ve chosen to lock horns with the current administration, since tech companies are among the most outspoken about policies they see as harming their workforce. 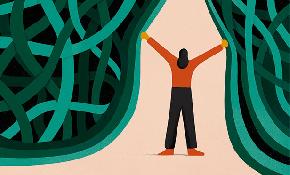 Times are changing (and so is open enrollment)

Experts share practical advice on how to improve the enrollment process despite an uncertain future.