The percentage of the workforce aged 55 and older is increasing, but Millennials and Gen Z are also increasing in number.

Longer-lived boomers continue to make up the largest part of the labor force even as the cohort of young workers continues to grows, and the shifting proportions will create a dilemma for employers: how to provide benefits for two groups of employees widely separated in age and needs?

According to a brief from the Employee Benefit Research Institute, the proportion of workers aged 55 and over is increasing. The rate of participation in the labor force for Americans aged 55 and older rose from 1991 to 2012, after which it leveled off—but the labor force participation for the oldest Americans–those 65 or older–had the biggest percentage increases since 1991, even after the after-2012 leveling off.

Virus surge upends plans for getting workers back to offices

A jump in COVID-19 cases and a slowdown in vaccinations has left U.S. companies once again struggling with how to adapt to the virus. 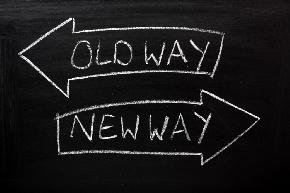 Your broker peers are embracing the new normal. Are you?

Embracing our changing world and adapting to the new normal is how top-performing brokers will serve clients better and win new ones this year and beyond.