Recession to be more severe but shorter than the Great Recession -- UCLA estimates 6.5% GDP loss in the second quarter alone. 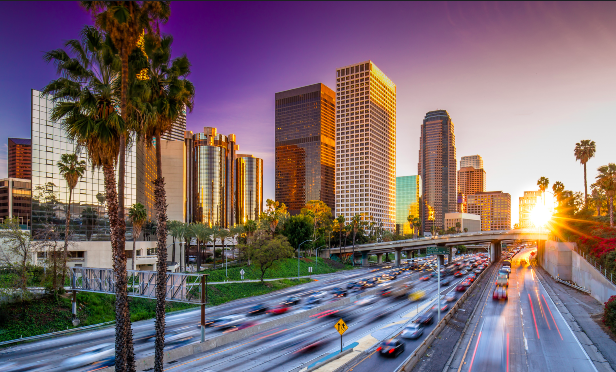 The coronavirus outbreak has already sparked a global recession. A revised outlook from UCLA Anderson Forecast says that the 2020 recession will be more severe but shorter than the 2008 financial crisis with a conservative estimate of 6.5% GDP loss in the second quarter and 7.8% a loss of real consumption.

“This is unprecedented. This is a public health crisis morphing into a giant economic crisis,” David Shulman, senior economist at UCLA Anderson Forecast, tells GlobeSt.com. “We are going to see massive layoffs, a record drop in quarterly GDP in the second quarter. The solution is more of a medical question than an economic question. You have to look at this as a public crisis that is giving a bog shock to the economy.”

Prior to this crisis, many real estate professionals predicted the onset of the next recession, and most agreed that it would look nothing like the last recession, usually with the caveat “barring a black swan event.” Well, the black swan event has arrived. “This could be deeper but shorter,” says Shulman. “The 2008 financial crisis affected the economy from December 2007 until May 2009. This could be only five or six months, hopefully, but the short-term drop in GDP could be higher.”

This is unlike a typical recession in that it hasn’t been caused by economic sources. Schulman is analyzing the economic impact, following the guidelines of public health professionals. “The public health professionals say that this is what we need to do, so this is what we are doing,” he says. “Arguably, in 1957 there was an H2N2 pandemic, and 100,000 Americans died. Life went on as normal. We have much lower tolerance for this now, and we don’t have the hospital capacity to handle this if this gets really ugly. This is not my area, so I just have to rely on what the public health people are telling us.”

However, since the cause is not economic, the solution is more challenging. The real solution is to find a treatment plan for the virus, following the advice and cues of public health professionals.

Fiscally, the government and Federal Reserve need to find ways to mitigate the damage. “The Fed is doing what they have to do because the financial markets are freezing up,” says Shulman. “We are also finding a lot of hidden leverage in the system, which we are now discovering. As Warren Buffet says, ‘you only find out who has been swimming naked when the tide goes out.’”

The fiscal portion will be extremely important.

Reducing interest rates is standard in a severe economic crisis, but in this particular crisis, it won’t be enough to spur economic activity. “The Fed cut interest rates dramatically, but that isn’t going to get consumers to go to a restaurant that is closed, and it isn’t going to get an entrepreneur to say, ‘this is a good time to open a restaurant because the cost of capital is low.’” It doesn’t work,” says Shulman.

Instead, fiscal policy is going to be essential, according to Shulman. “What we need is fiscal policy—and the program will likely go north of $2 trillion before it is over on what the government is going to spend,” he says. “That will hopefully put money in people’s pockets to keep them afloat.”

For the real estate market in particular, fiscal relief will be essential to survival. “You have to get aid in quickly, and you have to prevent things from banking,” says Shulman. “That means aid to Boeing, aid to hotels, aid to mom-and-pop restaurants. You have to keep businesses alive and hope that this is short rather than long. Otherwise, you are going to have massive tenant bankruptcies.”

Kelsi Maree Borland is a freelance writer and editor living in Los Angeles whose work has appeared in such publications as Travel + Leisure, Angeleno and Los Angeles Magazine.