The unemployment rate increased in 210 metro areas in May, the Labor Department said Wednesday. It fell in 131 cities and remained unchanged in 37. That’s a sharp reversal from April, when unemployment rates dropped in more than 90 percent of metro areas.

Companies now face pressing questions such as how to document compliance and how their performance will be tracked. 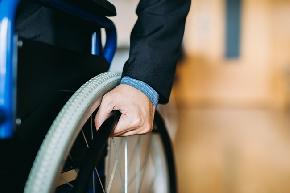 ADA accommodations by the numbers: How does your company stack up?

Looking at data over the past decade, some trends in ADA accommodation requests have emerged.