They say insurance is the one career no one really plans to follow.

They say insurance is the one career no one really plans to follow. Reps don’t show up for career day at grade schools, guidance counselors don’t recognize budding young agents in high school detention and the once-reliable broker farm system has long since faded into history.

And even though pop culture institutions such as Harry Potter and Lady Gaga rate their own college course, there are very few academic options for those chasing those life-health dreams. So Gentrie Pool emerges as something of an anachronism – defying a system seemingly erected to prevent fresh new talent while also not exactly encouraging young women, either.

The maverick young agent actually broke into the business as a bright-eyed 17-year-old, slaving away at an old school property and casualty agency. Six months later, she was outta there faster than Donald trump’s presidential aspirations. End of story, right? Not so much. “A few years later, an agent [who had worked] in the same building asked me to come work for him part time,” Pool explained. “I declined and he kept asking.” 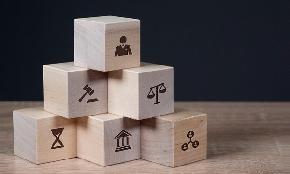