Men are getting hired more often than women, even though more men than women have lost jobs since the recession, according to a fact sheet released by the Institute for Women's Policy Research.

Men are getting hired more often than women, even though more men than women have lost jobs since the recession, according to a fact sheet released by the Institute for Women’s Policy Research.

Why the ICHRA might be your best bet for ACA compliance

The Individual Coverage Health Reimbursement Arrangement or ICHRA lets you designate a class of employees who are eligible to enroll.

Drugmakers score a win in fight over copay accumulator programs

A district court has struck down an HHS rule that drug manufacturers argue would make it harder to offer cost-sharing assistance. 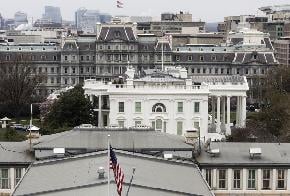 About one in five White House aides required to file a disclosure reported student loans, and more than half are people of color.