The HR nightmare in Alabama, was McKinsey right and . . . Perrycare?

It doesn’t have quite the magnitude of this week’s earthquake or the gale-force winds of Irene, but another disaster threatening Washington this week is the stark jobs landscape. The political pressure to find a solution to the sluggish employment recovery is beginning to reach crisis levels, even though the most recent unemployment figures may have been inflated by Verizon workers who went back to work  this week. Even the jobs czar may be out of a job before long. President Obama sought advice this week from Warren Buffet and Ford CEO Alan Mulally in advance of the unveiling of his employment plan scheduled to be announced after Labor Day. Obama’s plan will involve a job training program for the long-time unemployed. GOP presidential candidate Mitt Romney will release a jobs plan of his own on Sept. 6. 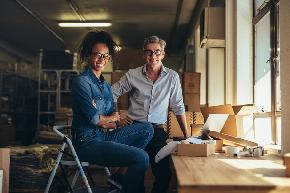 When your client's business is also their biggest asset

Clients who own a business need an exit strategy -- as their advisor, here are 6 approaches you could present.