While even Hurricane Irene’s howling winds and torrential rains couldn’t close Wall Street this week, the real storm looming over the economy is the jobs crisis. The Labor Department released its dismal employment report this morning, finding that the economy added no jobs in August. As affluent investor and advisor confidence levels plummet, all eyes are on Washington to forestall what some experts warn could be another recession in 2012.

Meanwhile, in a sign of how contentious – or perhaps childish – the political climate has become, our leaders in DC had difficulty agreeing on a time next week when President Obama can present his jobs plan to Congress. The scheduling snafu was unprecedented, according to Congressional historians. The speech is now scheduled for Thursday, Sept. 8. (Umm, hello . . . Washington? Now I have a scheduling conflict.) 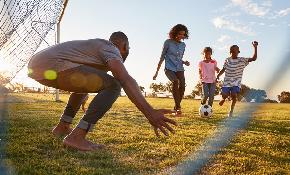 How to help your employees with summer childcare planning

Employers can be the answer to summer childcare woes by offering employee childcare benefits.