The company also wants union approval to drop its traditional pension plans, which cover 130,000 employees and retirees. It would replace them with 401(k)-type plans under which the company contributes to workers' retirement accounts.

DALLAS (AP) — The parent of American Airlines wants to eliminate about 13,000 jobs — 15 percent of its workforce — as the nation’s third-biggest airline remakes itself under bankruptcy protection.

The company aims to cut labor costs by 20 percent under bankruptcy protection, and will soon begin negotiations with its three major unions. Some management jobs would also be cut. 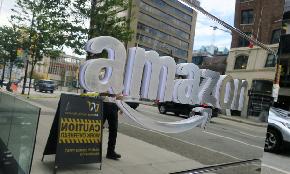 Amazon entering the health care space: Too big to fail?

With the health care industry now worth more than $3.8Tin annual spending, Fortune 100 companies are lining up to enter the industry.

Alternative investments: CRE expected to beat the rest in 2022