A plan to phase out the traditional 20-year pension offered to military employees in favor of civilian-styled 401(k) retirement programs has military families concerned.

Following in the steps of many major U.S. corporations, a major American institution of its own is opting to swap out pensions for a 401(k) plan for its employees.

But when that employer is the U.S. military, the notion that pensions - for so long a cornerstone of and a motivating factor for extended military service – may be phased out in the future, comes as an unsettling notion to many military families. 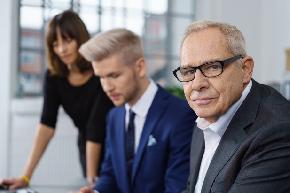