Workers have distant relationship with C-suite

Forty percent of workers say they have not met their CEOs, according to a new CareerBuilder survey of more than 7,000 full-time workers.

Forty percent of workers say they have not met their CEOs, according to a new CareerBuilder survey of more than 7,000 full-time workers.

Listen up: A company's year-end game plan must include employee feedback

Take the time to listen to employees, digest the data, and then empower your people to reach any personal financial goals, while reflecting on how any strategic adjustments might yield positive results for the company. 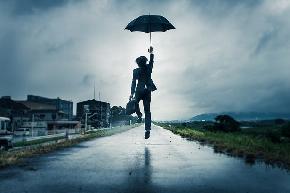 Empower (inflation-weary) employees as they struggle to save for retirement

There’s a unique opportunity for employers and advisors to connect interested employees with ongoing financial education and tools to set them up for financial success, according to a new survey.

The California county has now moved to a “medium” level of infections as cases are rising in 40 states, led by Oklahoma, where they are up 89% from two weeks earlier.